A New Beginning for Santa Barbara’s Most Vulnerable 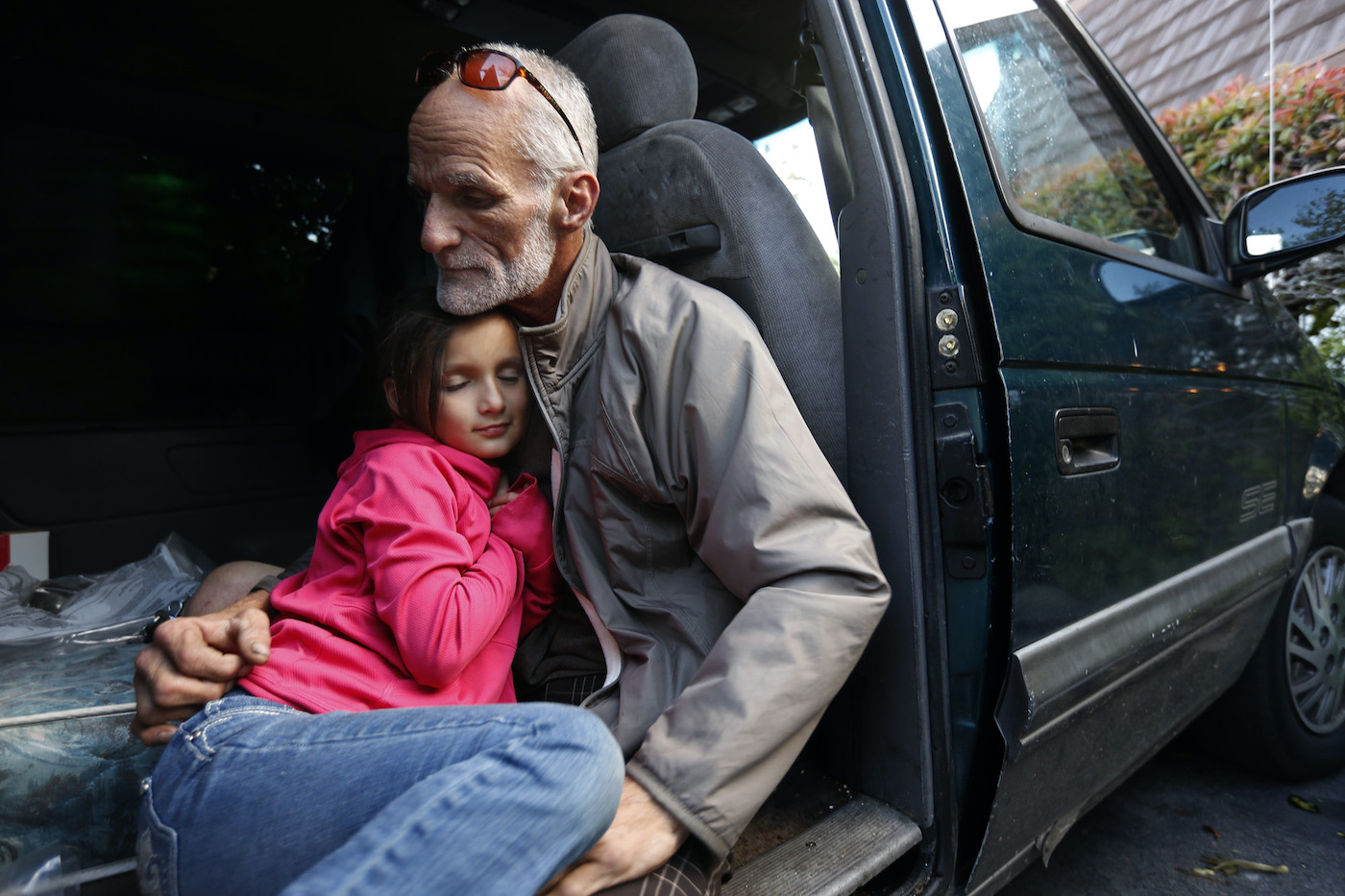 SANTA BARBARA, CA - MARCH 7, 2016 - "It's been a tough year," saidThomas Goodwin, 54, who hugs his daughter Leilani Miranda Duenez Goodwin, 7, in the van where they have been living homeless for the past 10 months in Santa Barbara on March 7, 2016. The Goodwin's participate in the New Beginnings Safe Parking Program in Santa Barbara. The Safe Parking Program has been in effect since 2004 with 115 vehicles and 130 or more homeless taking advantage of the program. Los Angeles is hoping to model a similar project after this program. (Genaro Molina / Los Angeles Times)

While New Beginnings’ work began with its counseling services more than 50 years ago, it has grown into a countywide service agency not only supporting mental health, but also the homeless and vets.

“We’re here to serve our most vulnerable community members with their most pressing problems,” says Development Manager Michael Berton. “We’ve identified those to be mental illness and homelessness. We’ve seen the veteran population struggle with these areas even more and have a dedicated program for them now.”

When Safe Parking was started, big media outlets including Rolling Stone, CNN, and The Los Angeles Times took notice, lauding the program as a way off the streets for those on the brink of homelessness. Since 2003, New Beginnings has moved more than 2,000 people into permanent housing, making Safe Parking a standout among myriad national initiatives aimed at mitigating the deepening homelessness crisis.

New Beginnings is also the leading nonprofit service provider for homeless veterans in Santa Barbara County, housing 100 veterans and their families each year, all while providing comprehensive services aimed at keeping them off the street.

The agency’s 50-year-old Counseling Center in downtown Santa Barbara provides mental health counseling and psychological testing and assessment to more than 600 at-risk individuals and families in the greater Santa Barbara area each year. It’s 30-plus masters and doctoral level counselors offer their services at an average of $13 per session thanks to the nonprofits exceedingly lean operation: 91% of revenue is spent on programs and clients.

In 2020, the agency put more than a quarter of its $2 million a year budget – $600,000 – back into the community; buying mattresses for its homeless clients, renting storage spaces, and covering rental costs. Whatever it takes to help.

For donors looking to make an impact and who want to know that their money is going straight into helping people, Berton frankly says: “New Beginnings is the most bang for your buck.”

Through January 31st, donors are invited to match the generous $25,000 matching gift from Sandy Schoolfield and Jon Kechejian for the relocation and expansion of our south county office towards our need to raise $250,000 for this effort.

My husband, Jon, and I believe that New Beginnings provides many vital services to the homeless and underserved mentally ill in our community through a host of successful and nationally recognized programs. They could do an even better and more efficient job if they could consolidate their outdated office space that is currently spread out in several locations into one location better designed to support their programs. Jon and I are glad to support this important initiative to help New Beginnings relocate into much needed new office space.”

In 2023, New Beginnings plans to centralize its main office and bring three locations under one roof in Santa Barbara. To do that, the nonprofit will need a commercial landlord willing to rent to an agency that works with veterans, the homeless, and people struggling with mental illness, and financial assistance from generous donors totaling $250,000.

“We need landlords and property managers to work with us,” Schwarz says, noting that they have dozens of people housed all over the county who they provide supportive housing retention services for on a daily basis.

New Beginnings reaches out to provide services to members of our community who most need a hand. One of their innovative programs is Safe Parking. My late husband Gary encouraged New Beginnings to write a manual that outlined the details of the program with the intent of sharing it with other cities. That manual and Safe Parking has now gone far beyond Santa Barbara, and is helping hundreds of people. I am pleased to support New Beginnings and all its good works.