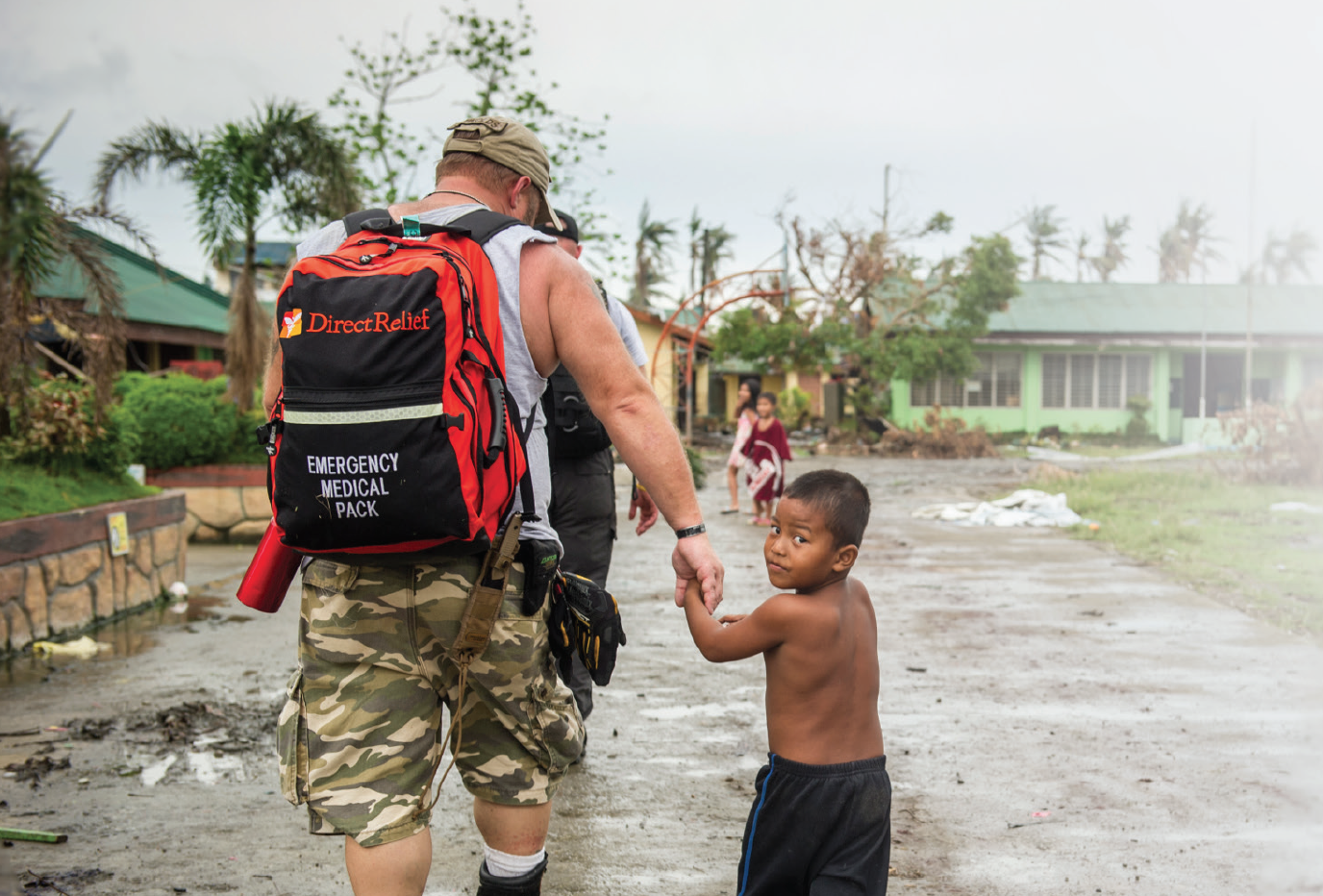 In 1948, an Estonian immigrant named William Zimdin – who had experienced the ravages of World War II – founded what would become the largest charitable distributor of medical supplies in the world: Direct Relief. Importantly, Zimdin did so right here in Santa Barbara.

Direct Relief’s global work begins at home, and has long worked closely with and supported both local and statewide firefighting and public health agencies as well as colleague Santa Barbara nonprofit health organizations, including the Santa Barbara Neighborhood Clinics and the Santa Barbara Bucket Brigade.

Over the last decade alone, the charity – which is entirely funded by private philanthropy – has provided $7.8 billion in medical aid to more than 100 countries and every single U.S. state. Across the United States, Direct Relief partners with 1,300 safety-net clinics and health centers, which serve more than 30 million people who are unable to pay for care. It is the largest provider of charitable medicines in the world, largest supplier of free PPE during the COVID-19 pandemic, and uniquely accredited among nonprofits to distribute Rx medications in all 50 states.

The organization’s motto is to serve anyone at any time, and its mission is “to improve the health and lives of people affected by poverty or emergencies – without regard to politics, religion, or ability to pay.”

To do so, Direct Relief leverages donations of medicine and medical supplies from 150 of the world’s largest medical and pharmaceutical companies, so that it can in turn give those vital resources to the people who need them most – whether on the tail end of a hurricane, a fire, or during a raging global pandemic.

This highly leveraged business model has allowed Direct Relief to expand the frontiers of its work efficiently, and with all of its fundraising costs covered by a supporting foundation endowed by bequests.

When Hurricane Maria laid waste to Puerto Rico, it took the island’s medical infrastructure with it. In short order, 84% of the territory’s temperature-sensitive medicines were lost, and Direct Relief quickly realized it couldn’t send insulin with the grid – and the refrigerators attached to it – knocked out. So the nonprofit quickly set up battery backups and solar power generation at 89 Puerto Rico clinics to provide refrigeration for medicines. The project was so successful that the nonprofit is launching a similar initiative in California, where an ever-growing fire season and rolling blackouts threaten the medical system’s ability to respond in times of emergency. Direct Relief’s headquarters is powered by the first microgrid approved in the continental U.S. and allows it to fulfill critical roles here locally in during power outages.

But for all this work across the globe and nation, Direct Relief remains rooted to its home: Santa Barbara.