His Dream is Still Alive 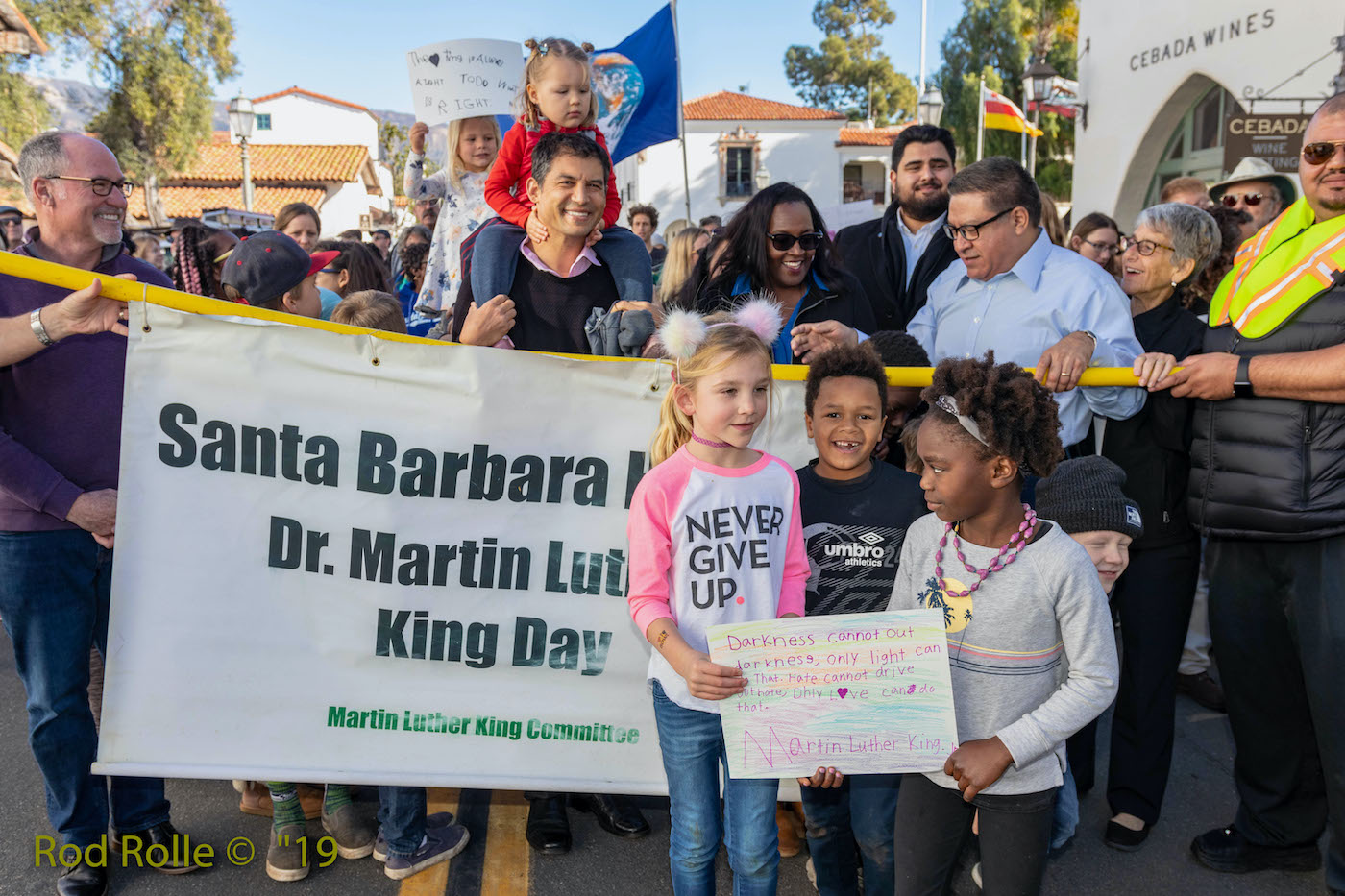 Once there, she pushed her way up into the crowd assembled before the Lincoln Memorial to hear Dr. Martin Luther King Jr. speak.

“People would let me go past them, because I looked like a kid,” Brown Lawson says. She made her way to the edge of the platform where Dr. King would give his famous “I Have a Dream” speech. She was so close, in fact, that as she heard his words she reached up and held the hem of his coat.

“I had never heard anyone that close to me speak like that,” Brown Lawson says. And when she, as a young black woman, was initially denied entry to the college of her choice because of the color of her skin, it was Dr. King’s voice that “carried” her “through the racism” she faced.

Today, Ms. Brown Lawson is the President of Martin Luther King, Jr. Committee of Santa Barbara, a purely volunteer-run organization dedicated to fostering “positive relationships between the many diverse groups in the Santa Barbara Community and the surrounding areas; to sponsor programs and events which exemplify the teachings of Dr. King; and to observe and celebrate the Martin Luther King, Jr. Holiday.”

The committee’s primary charge is producing four days of events across Isla Vista, Goleta, Santa Barbara, and the Santa Ynez Valley to celebrate the King holiday in January every year, since 2007. This year’s series of events included a kickoff at the eternal flame at the University of California, Santa Barbara, to celebrate Dr. King; the annual Unity March; and a culminating speech by civil rights icon and King contemporary Dr. James Lawson.

Throughout the year, the committee works to ensure that Dr. King’s words and actions are known and contemplated by people across the community, particularly the young. For that reason, the MLK committee organizes an annual poetry and essay writing contest where elementary and high school students win cash prizes for poems and essays centered on a theme for the year, along with Dr. King’s life and teachings.

Ms. Brown Lawson laments that the achievements of the Civil Rights era did not alleviate racism, but sees incredible hope in the young people the committee tries to connect to Dr. King’s legacy every day of the year.

“Listening to his words that day gave me the courage and strength to persevere despite many obstacles,” Brown Lawson says. “And that is what I believe Dr. King can do for young people today… his voice, his passion, and his resolve is the essence of the kind of person he was and what he stood for. My hope is that the younger generation can understand how he is still relevant today.”

Through December 31, 2022, the first $2,500 donated will be matched thanks to a generous challenge from the Giving List’s novel matching program.

Programs of the Martin Luther King Jr. Committee of Santa Barbara (MLKSB) primarily focus on social justice issues, that promote positive relationships between diverse groups in our community. Every year the MLKSB hosts a children’s Essay and Poetry Awards Program, ages six to 18 in which students write about their thoughts and beliefs on the MLKSB theme for the year.

Donations help to pay for publicity, technical support, and minor scholarships for students. We feel that it’s very important that our kids know about our national heroes,” Isaac Garrett says. “And this Awards Program is a great way for them to do it.”

I have always felt our nation owed a huge debt of gratitude to Martin Luther King Jr. with his commitment to nonviolence that guided us out of troubled times and a hurtful past. This extraordinary man gave our nation a chance to redeem itself and the soul of America. Every year I am so moved to participate in the annual celebration the local MLKSB chapter organizes with such care and beauty, inviting the whole community to share in his memory and legacy. A great man had a dream; thank you MLKSB for helping to keep the dream alive.