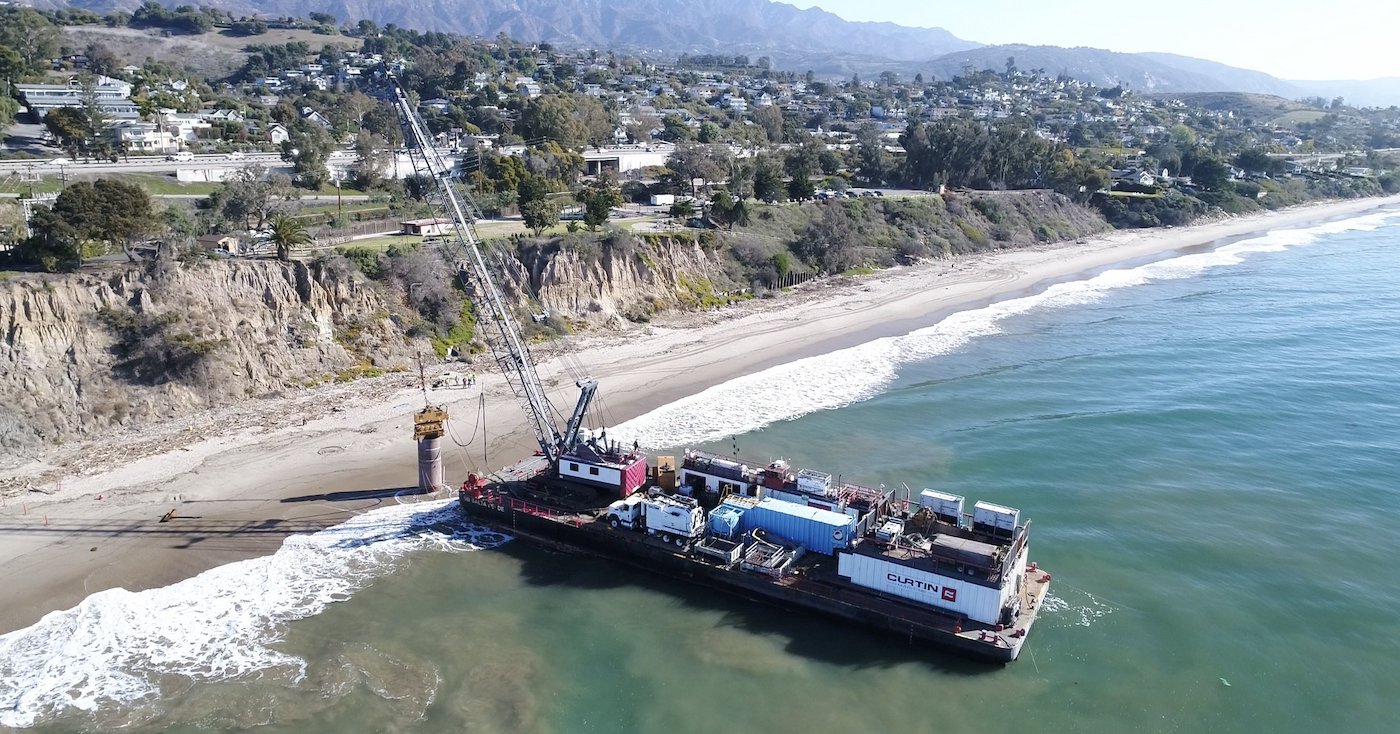 The capping of Becker Well on Summerland beach, 2019. (photo by Harry Rabin)

In 2011,long before Covid-19 forever changed how we think of nonprofit fundraising events, Santa Barbara-based Heal the Ocean held an “imaginary gala” with “invisible” seats at “dream” tables. On the invitation, super booster Julia Louis-Dreyfus crowed that the event would be “the most unreal party” the organization ever had.

Not only did Heal the Ocean save money on producing the event, but also exceeded its fundraising goal. This no frills, practical approach is the environmental advocacy group’s calling card.

“We are not complainers,” says Executive Director Hillary Hauser. “We focus on infrastructure, pipes, waste disposal, and sometimes it strikes us funny to realize we are very often just basic plumbers.”

Maybe so, but plumbers with an incredible track record of pragmatic change, using small charitable donations to win significant sums of public dollars to, well, heal the ocean.

The organization was launched in 1998, when Hauser caught wind of something rotten in the waters off surf-famous Rincon Point. The clutch of homes there all relied on septic systems. As tidewater rose and fell the systems steadily leached effluent into the waters – causing surfers to get sick. An early environmental DNA study, the first of its kind and funded by Heal the Ocean, found that 20% of the bacterial pollution in the lagoon there was “human/fecal.” By 2013, after an epic saga of bureaucratic red tape and setbacks, Heal the Ocean had not only secured sewer systems for Rincon, but 130 homes seven miles up and down the coast as well, radically improving ocean water quality, which has made surfing safer – and more fun.

More recently, Hauser and company translated a $10,000 investment in a knowledgeable consultant that helped to sweep into law a 2017 bill authored by HTO ally State Senator Hannah-Beth Jackson that allocates $2 million per year to cap old oil wells and other hazards along California’s coastline for a total of $14 million. Serving as cheerleaders to the State Lands Commission, Heal the Ocean led the charge in 2018 for the plugging of the notorious, leaking Becker Well on Summerland Beach, and for 2020, they’re inspiring the plugging of two more leaking wells: Treadwell and NorthStar – scheduled for October 2020.

For Hauser and her team it has never been about lawsuits or quick fixes. It’s about finding solid strategies to heal this neck of California’s coastline.

“It’s really about practical solutions,” Hauser says. “We always say that to get something fixed, you have to figure out how much it costs, then how to pay for it, then go get the money and just do it. I think that’s why people like us.”