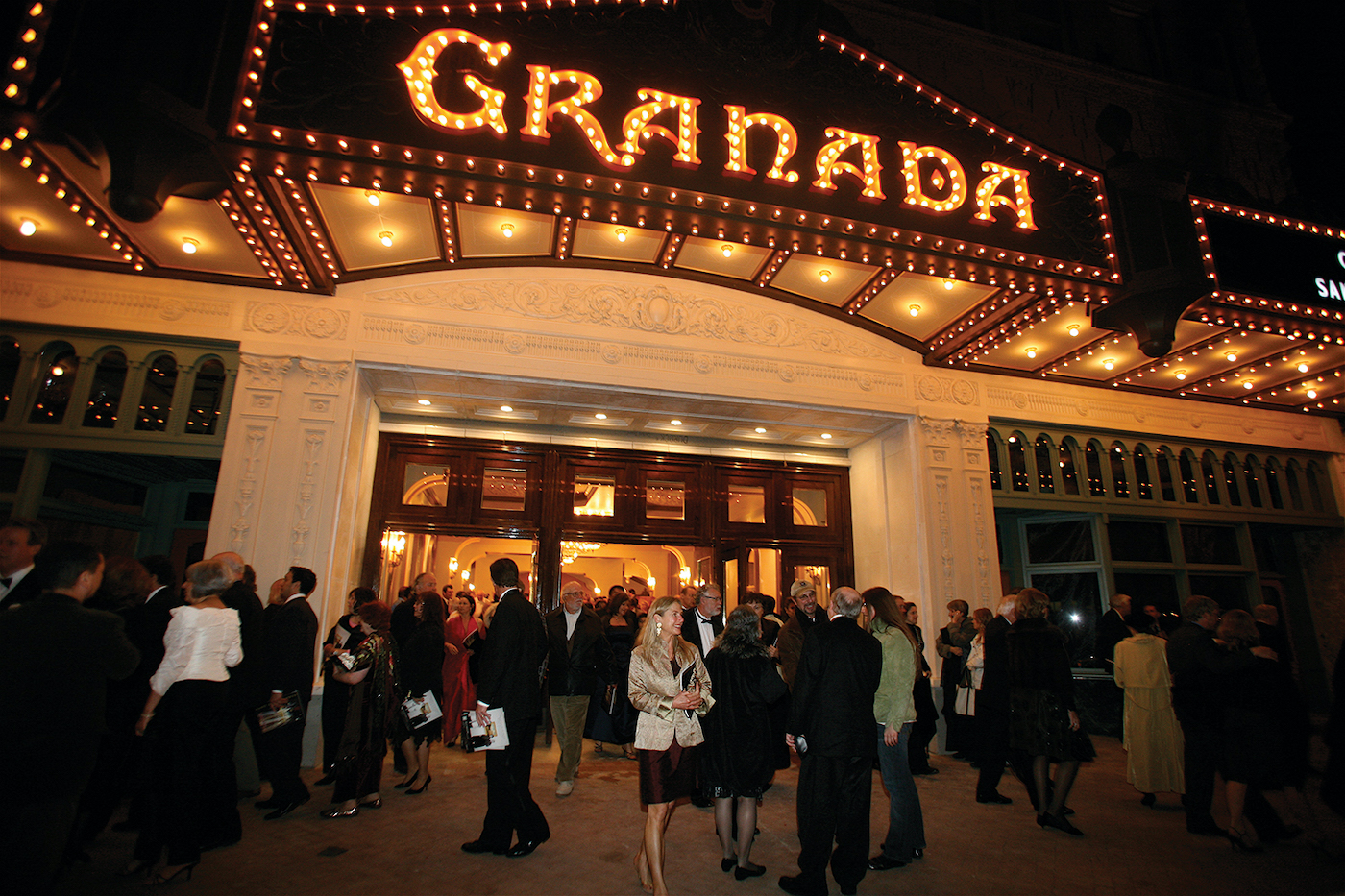 You are sitting up front in the ornate Granada Theatre. It has been too long since you have had an experience like this.

The motionless curtain tantalizes. Impatient for its revelations, you look around and up to the balcony: so many people (1,500) sharing the same exhilaration. You feel a richness coming back to life. Then–the curtain rises.

For Hayley Firestone Jessup, the Granada’s vice president of advancement, that moment, when it comes, will be “relief, huge emotional relief.”

“It will be the lights, the sounds, the visuals, the excitement,” Firestone Jessup says breathlessly. “The beauty of live artists again. The color of the stage. The sound of the musicians.”

For Firestone Jessup and her colleagues, who have seen the theater’s staff drop from 35 to 10, the long months of the pandemic have made it all too apparent “that without music, theatre, and dance one’s life becomes incredibly flat.”

The theater itself is a beacon of culture for not only Santa Barbara, but the entire state and country. Following a top-to-bottom seismic upgrade and architectural restoration in 2008, the Granada was reborn as the downtown home for eight resident companies including the Opera Santa Barbara, The Santa Barbara Symphony, and State Street Ballet.

To accommodate the varied performances showcased in the now 96-year-old venue required intensive alterations to what had most recently been a multiplex cinema. This included enlarging the stage for the opera, making the floor flexible for dancers, enhancing acoustics for the symphony, and widening the proscenium arch for Broadway tours.

The result is a venue where Yo-Yo Ma, the Peking Acrobats, and the Beach Boys all find the amenities and high quality that bring them back time and time again.

Beyond the performances within the theater, the Granada provides Santa Barbara and the region with so much more. Tourists take selfies by the entrance of Santa Barbara’s highest “skyscraper” – the city’s icon of the performing arts and the cultural vibrancy to be found on this particular stretch of California’s coast.

“The Granada adds a dimension to the community life of Santa Barbara just by its presence, just by the lights on the marquee,” Firestone Jessup says. “While we have taken an intermission, we will be back!”

The Granada Theatre — owned and operated by the Santa Barbara Center for the Performing Arts — serves Santa Barbara by providing a vibrant, state-of-the-art venue where world-class artistic performances are available to the widest possible audience, promoting appreciation for the performing arts and enhancing the quality of life in our community.

“Representing the style of Santa Barbara and its commitment to culture, The Granada Theatre is a superb venue in which to present world-class talent.”

Upstairs at the G

Following a successful fundraising season, The Granada Theatre plans a revival of its popular series Upstairs at the G, hosting musical acts in the McCune Founders Room of the historic theater in an intimate setting of fewer than 100 seats.

“These invited concerts are one of the ways we thank our loyal donors, and they’re also great for inviting new friends and potential supporters to experience what The Granada offers in an up-close and personal way,” says Granada Chairman of the Board Palmer Jackson, Jr.