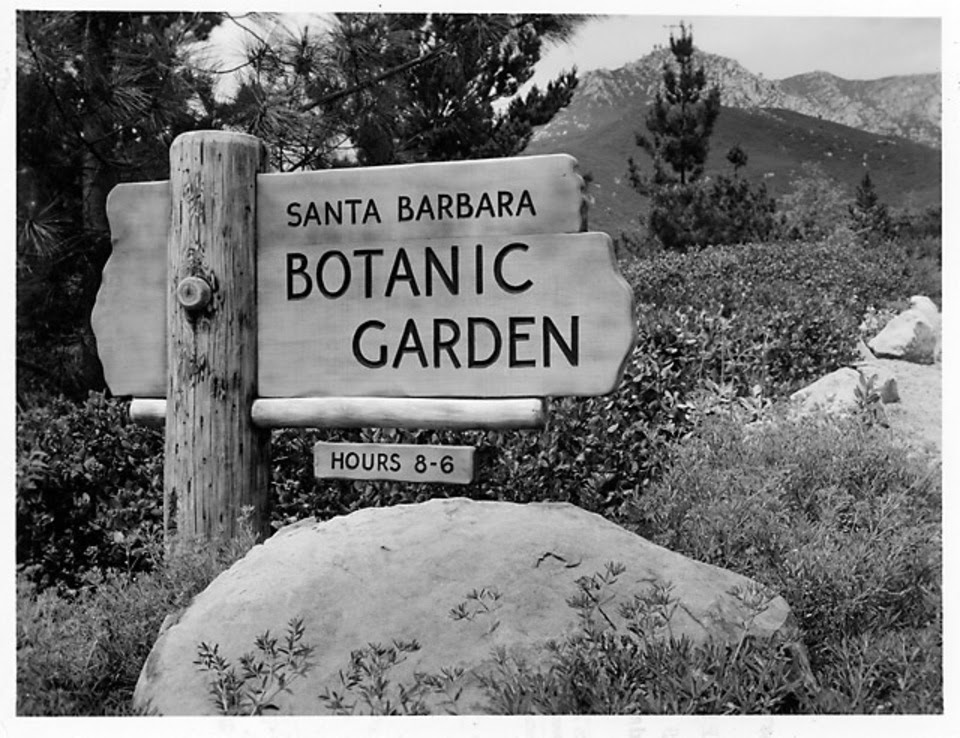 On March 16, the Santa Barbara Botanic Garden invites the community to help them celebrate 95 years of history. Pop-up exhibits will share stories, photos, local history, and milestones of the Garden over the decades. Visitors can discover the oldest plants in the Garden, some as old as the Garden itself, as well as other surprises along the way. Birthday twins of the Garden born on March 16th will be welcomed into the Garden free of admission with a valid ID.

The Garden’s history has deep roots. Founded in 1926, the Garden was the first botanic garden in the United States to focus exclusively on native plants. In 1925, the Carnegie Institution suggested a cooperative effort with the Santa Barbara Museum of Natural History to create a botanical garden. The plan became a reality when local philanthropist Anna Dorinda Blaksley Bliss purchased 13 acres in Mission Canyon for the museum, with views spanning from the mountains and the ocean. In 1939, the Botanic Garden separated from the Natural History Museum and was named the Santa Barbara Botanic Garden.

The garden was laid out in various plant communities, such as chaparral, desert, and prairie, with an emphasis on plants from the Pacific slope of North America. Experimental groupings of significant genera such as Ceanothus and Eriogonum (buckwheat) were displayed for horticultural research and to educate the public. By 1936, this emphasis had narrowed to plants native to the state of California, and now includes northwestern Baja California and southwestern Oregon, which are part of the California Floristic Province.

“Gardening with native plants is becoming more popular due to the desire to have an eco-friendly and low-maintenance garden,” said Dr. Steve Windhager, Executive Director. “Our founders were ahead of their time and recognized the important role that a garden dedicated to native plants could have in supporting an awareness and conservation of native habitat.”

In honor of both the Garden’s birthday and Women’s History Month, Dr. Steve Windhager will share stories of the Garden’s “Founding Mothers” in collaboration with Casa Dorinda on March 16 at 2:00 p.m. Join in by visiting our “At Home” portal to be inspired by stories of Santa Barbara’s influential female leaders who have grown the Garden to what it is today.

Those who aren’t able to join in the Garden’s socially-distant birthday celebration on March 16 can still enjoy pop-up exhibits throughout the week, and of course increasingly beautiful wildflowers throughout the Spring season.

The Garden’s mission is to conserve California native plants and habitats for the health and well-being of people and the planet. The aim of the founders was to create a garden that would “…unite the aesthetic, educational and scientific.” The Garden currently spans 78 acres with five miles of hiking trails, an herbarium, seed bank, research labs, library, and native plant Nursery. For more information about the Garden, please visit sbbg.org.

To conserve California native plants and habitats for the health and well-being of people and the planet.

“As a former trustee, long-time docent, and legacy society member, I see the Garden as an essential leader in not only the conservation of California’s wild, but as a pillar in the health and well-being of our community. Families have long trusted the Garden as a place for outdoor exploration and learning, and for forming an important connection to our natural world. I give to the Garden as an investment in our collective future.”

A gift to the Garden protects the biodiversity and resilience of the California ecosystems on which we all rely. As a center for world-class scientific research, the Garden is a leader in the conservation of native plants and habitats of the California Floristic Province with an impact stretching from Baja California to Monterey and the Sierras with significant work on the Central Coast and Channel Islands. As climate change increasingly threatens our landscapes, the Garden urgently needs your help to safeguard California’s native plants and ecosystems.
Give a gift today at sbbg.org/give!