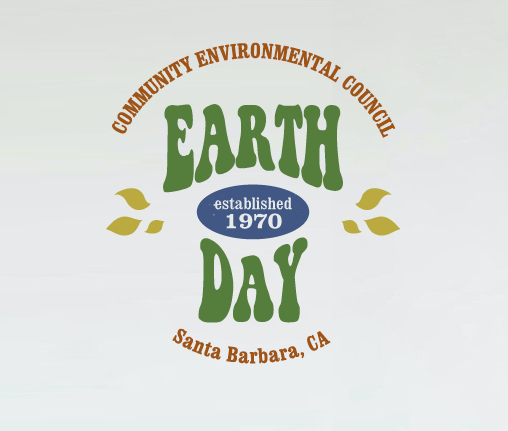 With Earth Day 2021 rolling around just a week after the publication date of this issue of the Montecito Journal, you’d think the big three-day festival would be all anybody at the Community Environmental Council (CEC) would want to talk about. After all, it was a nascent CEC that organized Santa Barbara’s first Earth Day on April 22, 1970, a one-block-long event as part of teach-ins and other gatherings attended by 20 million Americans across the country in the wake of the famous Santa Barbara Channel Oil Spill 15 months earlier that still ranks third in size after the 2010 Deepwater Horizon and 1989 Exxon Valdez spills.

And after having to scramble to pivot its annual celebration to a virtual event just a month after the first lockdown of the COVID pandemic last April, CEC has had a whole year to plan for this year’s online offering, coming up with an undoubtedly impressive lineup of speeches, performances, and other activities that rivals many of the years when 30,000 people thronged to Alameda Park.

Among the notable segments scheduled during the April 22-24 virtual festival – which carries a theme of celebrating climate leadership and can be accessed for free at https://sbearthday.org – are Annie Leonard, Executive Director of Greenpeace USA, receiving CEC’s 2021 Environmental Hero Award and sharing insights into her organization’s vital work along with an interview with CEC CEO Sigrid Wright and UCSB Chair of Environmental Studies and Director of the Global Environmental Justice Project Dr. David N. Pellow. CEC’s Annual Climate Crisis Leadership Summit follows the interview and presentation, featuring climate leaders from around the community sharing their current projects, identifying needs, and offering opportunities for engagement on the final day of the festival, which focuses on Community Leadership.

Meanwhile, the “Youth Leadership” lineup on April 22 includes Oxnard-based activist and author (Eat Less Water) Florencia Ramirez along with former CEC Board President and current SB School Board Member Laura Capps; the Wilding Museum Poetry Contest winners sharing their work centered on “What Earth Day Means To Me”; and lots of local entertainment including a new song via video from Montecito’s Kenny Loggins. CEC’s popular Green Car Show and LOACOM’s “Better World” interviews with 1% for the Planet CEO Kate Williams and other environmental change makers anchor the Business Leadership-themed roster on April 23.

In a true mark of innovation, CEC has even found a way to put its eco-minded exhibitor booths online via a high-tech platform that allows for live interaction in breakout rooms as well as presentations.

But, as CEC’s communications director Nicole Wald said, it’s just one piece of CEC’s story, which has grown significantly in recent years with plans to expand exponentially soon.

“This is a pivotal year for us, a sort of do over for our 50th anniversary year (because of the pandemic), and we are launching our new framework moving forward into this decade,” Wald said, noting that CEC is making perhaps its first big shift since narrowing its focus on climate change in 2004 after being one of the first organizations in the nation to recognize “the biggest threat to humanity was coming down the pipes.” That led to one of the country’s first carbon neutral plans in 2007, a roadmap to get the region off of fossil fuels in one generation that became the Fossil Free by 33 campaign, a decade in changing attitudes to make advocacy resulting in such successes as having its Community Choice renewable energy program happen across 19 cities in three counties in the central coast.

“All the reports have come out, one important one saying we have 10 years to turn things around before things get really ugly,” Wald said. “So this is the time that we really have to lean hard into solutions.”

What CDC is working on now, Wald said, is putting into effect its bold new action plan, a “framework for how we’re going to move forward in the next decade-plus to really help the community go all in together. The goal is to not just kind of tackle one facet of the climate crisis, but really work toward building community resilience and a groundswell of action to transform the systems that fuel the climate crisis.”

Hence, Reverse-Repair-Protect, CEC’s ambitious plan for how our local community can meet this urgent moment and go all in together on halting the climate crisis rapidly and equitably. Reverse encompasses a push for ambitious, equitable zero emissions and zero waste goals for the energy, transportation, food, and agriculture sectors; Repair comes by tapping into the power of nature to draw down excess carbon from the atmosphere and repair the disrupted carbon cycle; and Protect encompasses safeguarding public health and vulnerable populations from the impacts of climate change that are already underway.

“This is definitely the moment for climate action,” said Energy & Climate Program Director Michael Chiacos. “CEC has been a stalwart in the environmental community for 50 years, but it’s great that climate has become one of the top priorities for our nation. It’s being woven into the stimulus bill and the infrastructure bill and it seems we’re finally taking climate seriously. CEC is the strongest organization on the Central Coast, and we’re moving forward with local solutions. For people who’ve been in the trenches for years like us, it feels like finally the world is really paying attention and realizing that the stuff is hitting the fan and we really need to make this a top priority. We have the technology, it’s fairly easy to do if we had the political will to just change some things.”

The goals include 100 percent renewable energy by 2030, 15 years earlier than California timeline, and then using that clean electricity to power not only transportation – especially electric vehicles – but also buildings, Chiacos said. “That will necessitate redesigning our cities so that it’s easier to not have to drive in traffic alone everywhere and make it easier to bike and walk and take transit and telecommute and all of these things. That’s a long game, but we want to put new development into existing downtowns in urban areas, not sprawling out into agricultural lands and wild lands where there’s risk of fire.”

CEC’s agriculture and food program aims to dramatically reduce food waste, which amounts to as much as 40% of the food that’s grown in America, Chiacos said.

“Think of how much land and water and fertilizers go into growing this food that we waste 40% of, and it ends up in a landfill where it makes methane which makes climate change worse. It’s ridiculous. It happens in people’s refrigerators and at restaurants as well as on the farm. We’re finding ways to reduce that in the supply chain and at the consumer level which not only reduces climate emissions but also feeds hungry people. And we’re also working on regenerative agriculture, sustainable land practices where you can sequester carbon in our soil and help to reverse carbon emissions.”

CEC also has a line on the Protect portion of its plan, which has to do with equity and resiliency, Chiacos said.

“We know that climate change is going to continue to happen. Hopefully we can reverse as much of the impacts as we can, but we know that there already are impacts and they’re going to be worse for our kids. So how can we prepare for those impacts?”

Truth is, Chiacos said, none of these issues are new to CEC, the half-century old nonprofit.

“We’ve been working on them for a long time, but now we’re repackaging them and we’re really ramping up these activities,” he explained. “We’re really expanding our work so that we can not only mitigate emissions, but also sequester them and, and prepare for the impacts. That’s why we’re hiring staff like crazy.”

Which is also why ramping up donations also matters more in this moment. So enjoy Earth Day and learn a little more next weekend, and then sign on to do what you can to protect the Earth, or at least our little corner.

“Sure, we’re a little bit of a backwater town, not a big powerful city, but we are based in California, which is a leader globally in climate solutions,” Chiacos said. “And we do have some really aggressive targets that can become models everywhere.”