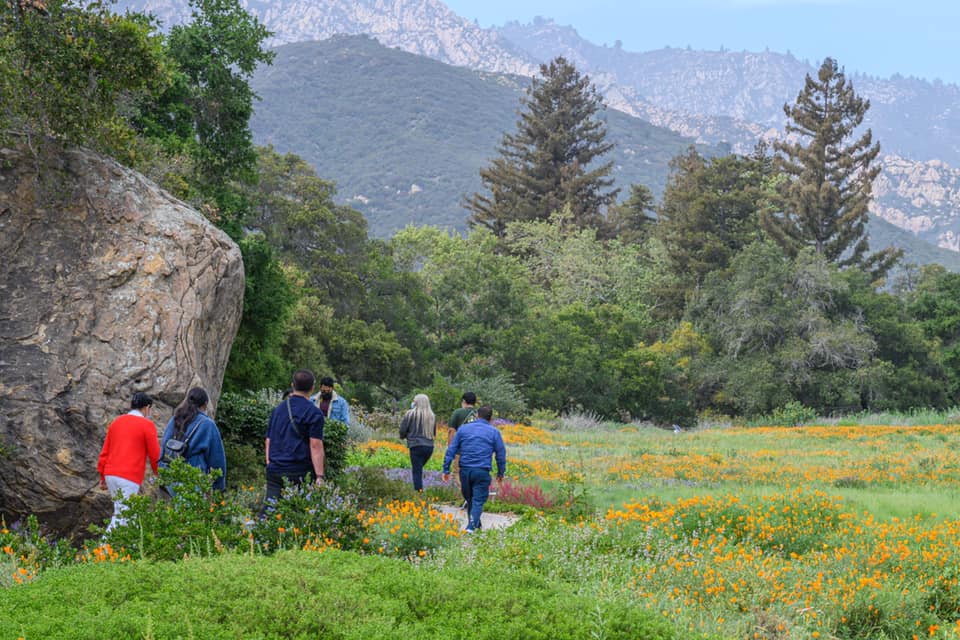 Three new members have joined the Santa Barbara Botanic Garden Board of Directors. The Garden welcomes George Leis, Sharon Bradford, and Helene Schneider. The Board supports the Garden’s mission to conserve California native plants and habitats for the health and well-being of people and the planet.

“We are pleased to to have such highly esteemed community members join us in the commitment to preserve biodiversity,” said Dr. Steve Windhager, the Garden’s Executive Director. “Each individual moves our mission forward through unique perspectives, extensive expertise, and a dedication to our increasingly urgent conservation work.”

After joining SBB&T in March 2006, Leis was the executive vice president for two divisions, Wealth Management and Information Technology, and was the chief information officer. He was responsible for 500 staff members and a $78 million budget. A graduate of California State University, Northridge (CSUN), he is a Certified Trust and Financial Advisor.

Leis’ community involvement is exemplified through his service to universities and charities throughout Southern California and beyond, including serving as the Board chair to both the Santa Barbara Zoo and the National Disaster Search Dog Foundation, and as a Board member for Channel Islands YMCA, CSU Channel Islands Foundation, the Santa Barbara Historical Museum, and more.

His successful career and passionate involvement in community-focused organizations have earned Leis several awards. A distinguished alumnus of Cal State Northridge, Leis is a prior Board member and prior committee chair for the CSUN Foundation Board of Directors. He has participated on numerous other CSUN Boards, including the College of Business and Economics advisory Board and the College of Social and Behavioral Sciences Ambassadors.

Sharon Bradford is passionate about her community and has had the opportunity to serve on many boards in her beloved town of Santa Barbara.

Some of these include the Santa Barbara Historical Museum, Lobero Theatre, Direct Relief International, Casa del Herrero, and The Santa Barbara Museum of Natural History. Bradford and her brothers are the owners of San Marcos Growers; a wholesale nursery started by their family in 1980 which grows many native and drought tolerant plants appropriate to California’s mediterranean climate.

Bradford is a graduate of UCSB with a degree in Art History, and after living in the Bay Area for thirty years, Sharon and her husband David are thrilled to be “home”.

Helene Schneider serves as the Regional Development Director for California State University, Channel Islands, expanding awareness and support of CSUCI in Santa Barbara County, and as a Regional Coordinator for the U.S. Interagency Council on Homelessness, focusing on reducing homelessness in communities throughout California and Arizona. Schneider also served for over 17 years in municipal government, as mayor, city councilmember, and housing authority commissioner for the City of Santa Barbara, California.

Schneider currently volunteers on the non-profit boards for Sister Cities International and the Santa Barbara Arts Collaborative. She earned her B.A. degree from Skidmore College and her Professional Designation in Human Resources Management from UCLA Extension.

See more about the Garden’s Board of Trustees by visiting their website at sbbg.org/about/board-of-trustees. To learn more about how to support the Garden, visit sbbg.org/get-involved.

The Garden serves the public as more than just a pretty place, but as a model of sustainability and an engine for native habitat conservation in the region. Our mission has become increasingly urgent as more native plant species face extinction, threatening the foundation of all life on the planet. Founded in 1926, the Garden is the first botanic garden focused exclusively on California native plants and currently spans 78 acres with five miles of walking trails, an herbarium, seed bank, research labs, library, and Nursery. The Garden welcomes the public every day from 10 a.m. – 6 p.m. and offers a members-only hour from 9 a.m. – 10 a.m. For more information about the Garden, please visit sbbg.org.

To conserve California native plants and habitats for the health and well-being of people and the planet.

“As a former trustee, long-time docent, and legacy society member, I see the Garden as an essential leader in not only the conservation of California’s wild, but as a pillar in the health and well-being of our community. Families have long trusted the Garden as a place for outdoor exploration and learning, and for forming an important connection to our natural world. I give to the Garden as an investment in our collective future.”

A gift to the Garden protects the biodiversity and resilience of the California ecosystems on which we all rely. As a center for world-class scientific research, the Garden is a leader in the conservation of native plants and habitats of the California Floristic Province with an impact stretching from Baja California to Monterey and the Sierras with significant work on the Central Coast and Channel Islands. As climate change increasingly threatens our landscapes, the Garden urgently needs your help to safeguard California’s native plants and ecosystems.
Give a gift today at sbbg.org/give!