Confronting Crises When They Hit Home 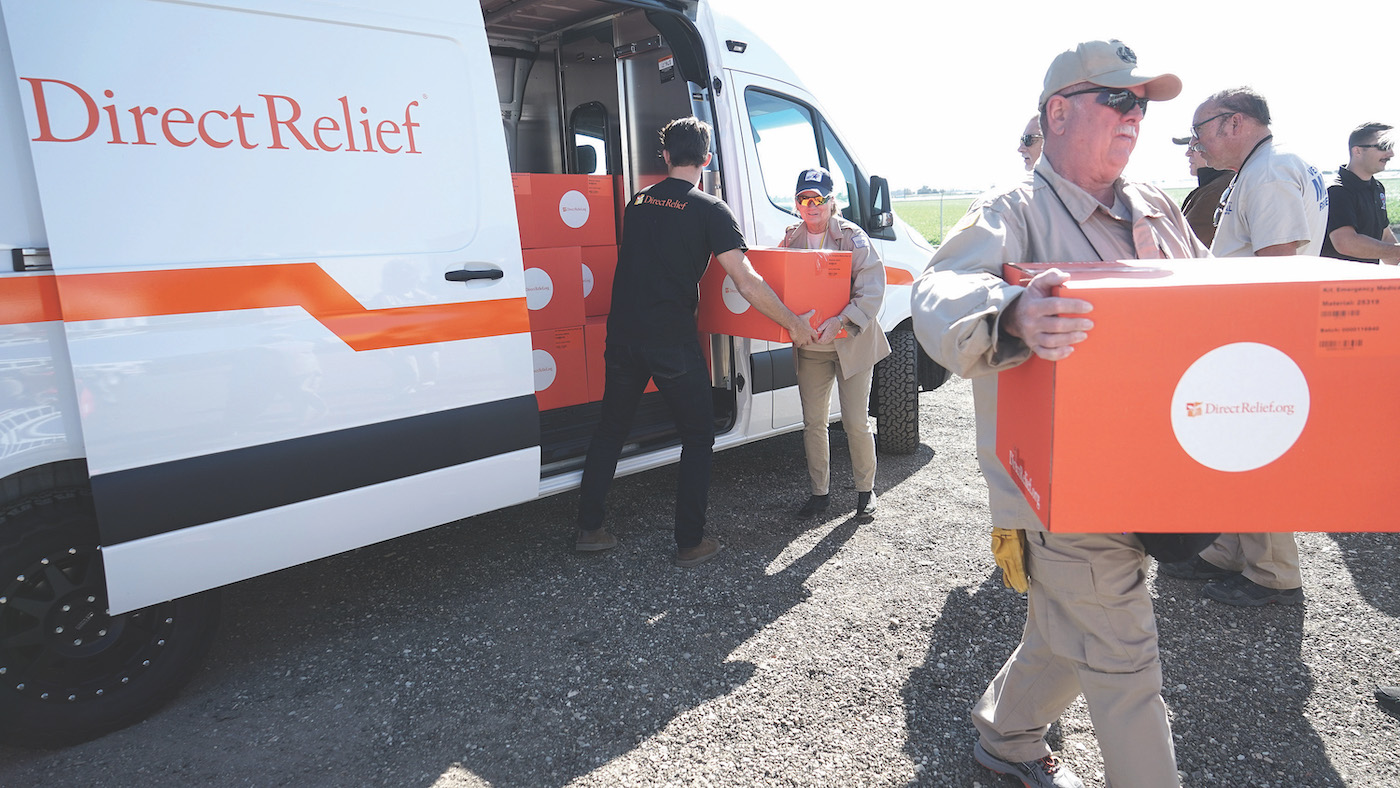 Hurricane Katrina was a major turning point in the history of Direct Relief. Until then, the Santa Barbara-based nonprofit that provides emergency medical assistance and disaster relief had primarily been responding to international crises. That changed with the 2005 hurricane that killed more than 1,800 people and wreaked $125 billion in damage to New Orleans and the surrounding region. Since then, natural disasters have struck the United States with increasing frequency. So much so that in 2010, Direct Relief removed “international” from its name.

“It no longer made sense to be called Direct Relief International because the country that we were supporting the most was the United States,” says Vice President of Communications Tony Morain. “And that’s still true, even more so today.”

Sixteen years since Katrina, Direct Relief is now one of America’s most recognized charities for efficiency and effectiveness, having provided more than $8 billion of medical aid around the world. Charity Navigator routinely gives the organization a 4-star rating and a top ranking on its list of “Best Charities Everyone’s Heard Of.”

Direct Relief’s commitment to responding to far-flung crises remains core to its mission (it deployed staff and supplies within minutes of the August 2021 earthquake in Haiti). But the natural disasters the organization confronts today aren’t just across the country, they’re even across the street, with more frequent and ferocious wildfires ravaging California and storms becoming more intense and more destructive.

Over time, Direct Relief has become an organization that anticipates emergencies as much as it responds to them. Throughout the U.S. and the Caribbean, it has outfitted several medical clinics with backup batteries and refrigeration to ensure they have power and useable medical supplies when crises hit.

“We recognize that climate change is testing a lot of the infrastructure that we’ve relied on to do what we do,” Morain says.

Direct Relief has also evolved into a grantmaking organization, whether it’s solar panels or emergency equipment that could save lives. In the last two years, it helped the Santa Barbara County Fire Department raise $1.5 million to upgrade and convert a Blackhawk helicopter into a firefighting aircraft. Once commissioned, the new “Firehawk” will be able to fly at night and at high winds and drop water on any wildfire.

“We’re keenly listening to our partners and organizations to understand what the needs are to improve the health and lives of people,” says Vice President of Partnerships and Philanthropy Heather Bennett.