RAINN: Connecting an Influx of Survivors With Needed Support 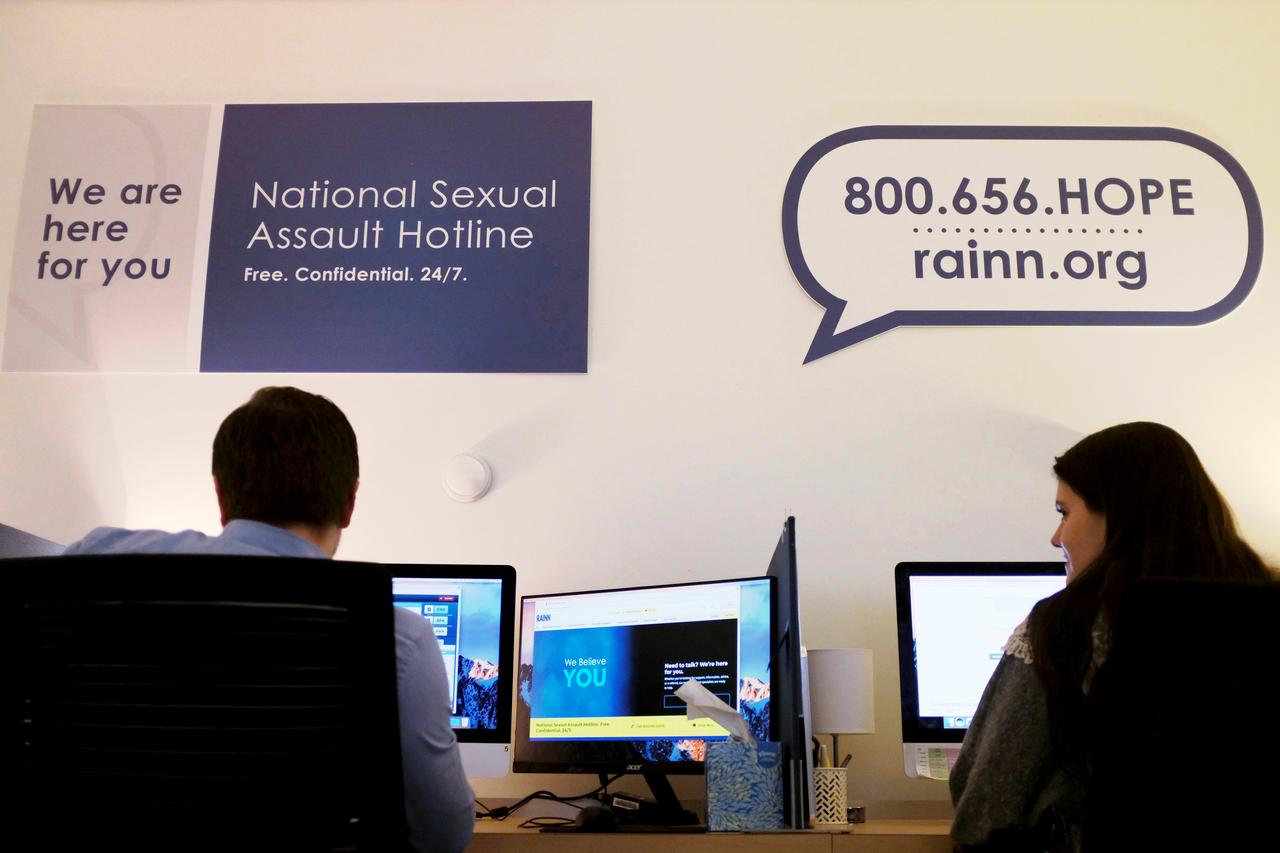 Peruse the list of RAINN supporters online or in the 2020-21 inaugural The Giving List book and you’ll find a whole lot of famous names. There are singer-songwriters Tori Amos and Kesha, entrepreneur and Dallas Mavericks owner Mark Cuban, and the actresses Ashley Judd and Mira Sorvino, among many others. That’s because, unlike virtually all the other 49 nonprofits who participated in that edition of The Giving List, RAINN is a national organization. The Washington, D.C.-based Rape, Abuse & Incest National Network was founded more than 27 years ago and soon became the nation’s largest anti-sexual violence organization.

But at the same time, RAINN “operates” in every corner of the country through its most front-facing service, the National Sexual Assault Hotline, which functions in partnership with more than 1,000 local sexual assault service providers across the nation. When a survivor or loved one calls the National Sexual Assault Hotline, they are typically connected to a local sexual assault service provider in their area. Here in this area, that’s likely to be the long-standing Santa Barbara nonprofit STESA (Standing Together to End Sexual Assault) explained Julia George, RAINN’s development director, who came onboard three years ago to help give the organization more of a presence on the West Coast.

“We are a national organization, but we reach into communities to connect survivors with the support they need,” she said. “When a call comes in, it gets routed to a local hotline center that’s part of our affiliate networks based on the first six digits of their phone number, providing a vital link for survivors. But we also catch those who are in a rural area where there aren’t any local services with our own staff to make sure no one falls through the cracks.”

RAINN’s National Sexual Assault Online Hotline also provides live, secure, and anonymous crisis support to the growing number of people who prefer communicating online through a simple instant message format so that those affected by sexual assault have that avenue as a safe place to receive some assistance.

Not surprisingly, demand for RAINN’s services skyrocketed 67% with the ascent of the #MeToo movement a few years ago, and then soared again when the pandemic closed the country. That included an uptick in intimate partner violence as adults were isolated with their abusers at home, George said.

“There are record-breaking numbers of survivors reaching out for help, an average of 27,000 people each month,” she said. “Most of those are in immediate crisis, which tells a pretty grim story about what’s happening in our communities with regard to sexual violence. How much of that was amplified by the pandemic is significant, including 50% of those people who are on the online hotline. And that has continued to grow.”

Worse yet, there’s been a commensurate explosion in minors reaching out for support, George said, noting that school closures, which continued longer in California than perhaps anywhere else, were a contributing factor.

“Typically, kids have great resources at school, a safe adult such as a coach or teacher, or a guidance counselor or nurse,” said George, who lives locally in Santa Barbara. “But with school closed many of the kids here in the area didn’t have that access and didn’t have anywhere else to go. Some of the kids that are reaching out have been as young as eight years old. It’s just really sad.”

Fortunately, RAINN was able to answer the call, staffing up to meet the increasing demand and working on expanding its online services. “Answering the Call,” as it turns out, is one of three pillars of RAINN’s Thrive Together two-year fundraising campaign that aims to take in a total of $10 million to continue to combat sexual assault and support its survivors. The goal of that “Answering the Call” pillar is to expand the organization’s online training program and adapt new technological innovations to ensure that people in every community learn about and trust its services.

“After Harvey Weinstein and others public facing stories, it’s becoming much more accepted to talk about sexual abuse. It’s allowed us to partner with a lot of great organizations and folks in Hollywood to not only help tell survivors’ stories but also make sure that they depict survivors accurately. It’s about educating the public through these projects.”

George said RAINN has worked closely with Lifetime television on programs about R. Kelly and Jeffrey Epstein, for example, including having an “end cards,” resource pages, and public service announcements that run at the conclusion of a TV movie.

A recent piece on gymnast Aly Raisman, a survivor of serial assaulter Larry Nassar, resulted in a 99% spike in calls to the hotline after the program aired. And RAINN also recently joined TikTok to reach younger audiences where they spend time, recognizing that other online platforms such as Facebook, Twitter, and even Instagram now skew older.

Thrive Together’s third pillar, “Championing Change,” has a goal of transforming the way the country addresses sexual violence by shaping public policy, including focused strategic efforts for survivor-led efforts. That program has also seen a lot of success over its first 18 months, George said, including leading federal efforts to eliminate the rape kit backlog by convincing Congress to double funding to states and labs to test kits, and responding to the pandemic’s shelter-in-place mandates by immediately alerting Congress, the Department of Education, and all 50 governors of the immediate harm being perpetrated against children.

It’s a continuation of a perspective change by shifting from “victim” to “survivor” for those who have been sexually abused.

“’Victim’ is used by law enforcement and the law, but ‘survivor’ shifts the narrative to a little bit more of an empowering spin, a slightly more positive spin on a horrible experience,” George said. But there is still a mountain of work ahead, she said.

“Big, big changes have to be made at the federal and state level to have laws in place that are survivor-centered. We’ve logged some victories in Florida, Virginia, Indiana, and Georgia to pass bills to mandate trauma-informed victim interview training for law enforcement, expand sexual assault response teams, and eliminate statutes of limitations, but there’s much more change needed.”

With the Thrive Together campaign closing at the end of the year, it’s clear that philanthropic support of RAINN not only ensures that the National Sexual Assault Hotline remains free, anonymous, and available 24 hours a day, but also allows the organization to expand its services to reach even more survivors, continue to educate the public about sexual violence, and shape policy. Visit www.rainn.org or reach out to Development Director Julia George by email at juliag@rainn.org.