Second and Third Chances at Life 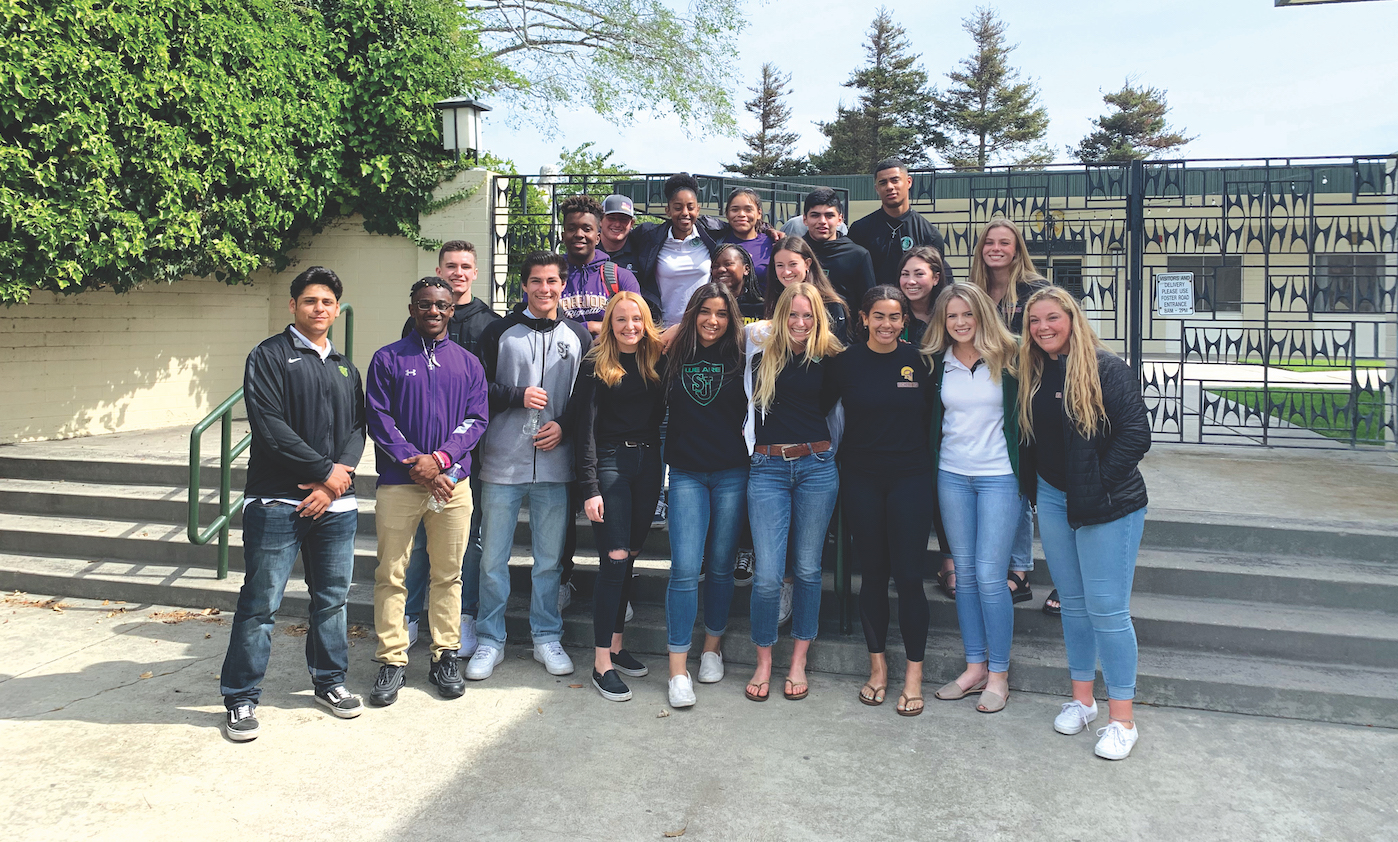 On a wall next to the entrance of Edwin Weaver’s office at Fighting Back Santa Maria Valley (FBSMV) hangs a massive reproduction of Rembrandt’s “The Return of the Prodigal Son.” The famous oil painting depicts the moment from the Biblical parable when a son seeks forgiveness from his father for wasting his inheritance and falling into destitution. The painting reminds Weaver, Fighting Back’s executive director, every day about the power of redemption.

“At Fighting Back we believe in second and third chances,” Weaver says. “It’s the ethos of who we are – we never quit on anybody.”

Since 2003, when Fighting Back Santa Maria Valley was founded as a response to the methamphetamine epidemic in Santa Maria, it has helped thousands of young people get second and third chances at life. Many of its programs focus on protecting kids from drugs, alcohol, gangs, and other negative influences. It has a coalition of community leaders that meets monthly to address substance abuse and the nonprofit works with law enforcement and local schools in Santa Maria on drug prevention education.

The Check, Connect, Respect program tackles truancy and encourages students at 23 elementary schools to complete their education. The FBSMV team helps reduce violence by offering conflict mediation in four high schools using Restorative Approach. Through the Youth Action Group, young people benefit from peer-to-peer support for issues like violence, drugs, and alcohol. Fighting Back Santa Maria Valley even provides support systems for children who are homeless or in foster care.

Weaver says the philosophy of Fighting Back Santa Maria Valley is “looking upstream” to understand the entirety of why kids fall into trouble, not just looking at individual current behaviors.

“In today’s society, it’s very easy to blame others or to seek fault in the world,” he says. “Instead, I think we are called to see resilience and what is going right in the world.”

It’s an approach that takes inspiration from Weaver’s favorite leader, Theodore Roosevelt, who once said there are two types of people – the Critic and the Man in the Arena.

“What we choose to do at Fighting Back is to see the potential in the young person when they come to our attention, instead of throwing our hands up and saying, lock them up or kick them out of the program,” Weaver says. “We choose to get in there in the messiness of the arena.”

It’s our mission to partner with all members of the community to achieve resilience against substance use, reductions in violence and promote a healthy and safe environment for our youth and families.

I was living at my friend’s house and I did not have any place to go, I was needing a place to stay. [FBSMV] helped me get into my own place and rent a room. They helped me with my deposit and my rent. They helped me get my documents and apply for college. I was able to finish high school and now I am working and attending college.

“We Are Good at What We Do”

Government grants have paid the bills for the 32 full-time employees of Fighting Back Santa Maria Valley, but it’s time to diversify the organization’s income, says Executive Director Edwin Weaver.

The nonprofit seeks $150,000 in individual donations to supplement its $2.4 million annual budget. Weaver takes pride in his organization’s efficiency, saying it’s lean and delivers great outcomes, including a high success rate housing 18 to 24 year olds living on the street. “I can guarantee that every dollar that we spend goes directly to youth and family services,” Weaver says. “We are good at what we do, we are ethical, and the money goes where it’s supposed to.”