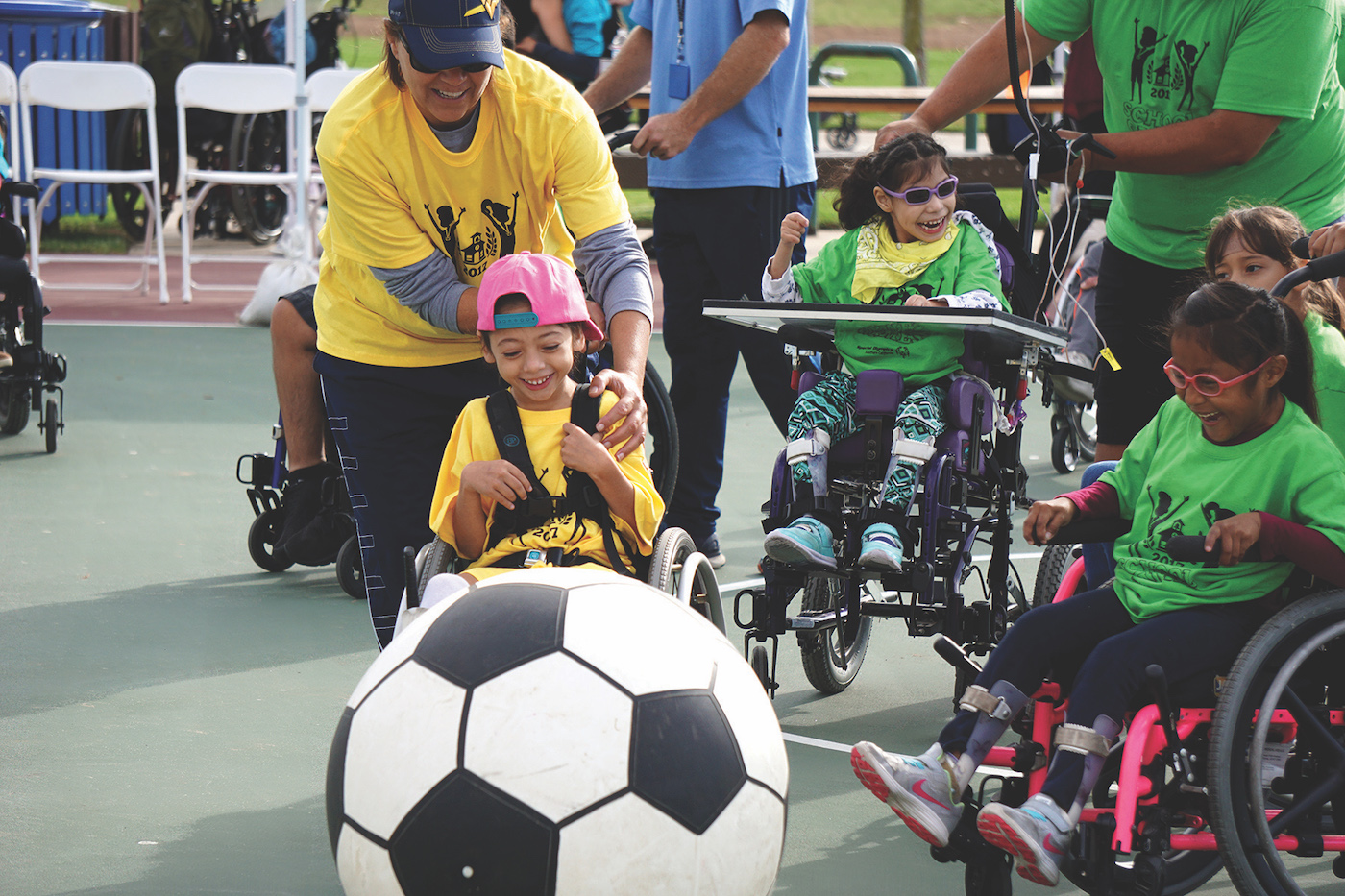 Athletes having a ball

Soon after taking office in 1961, President John F. Kennedy announced intellectual disabilities would become one of his administration’s priorities. His announcement came at the urging of his sister, Eunice Kennedy Shriver, who was instrumental throughout the 1960s in the passing of landmark legislation dealing with mental disabilities. Shriver would open a summer camp in the backyard of her home in suburban Washington, D.C., that invited dozens of young people with intellectual disabilities. Out of the “Shriver Camp” was born the Special Olympics, whose mission “is to provide year-round sports training and athletic competition in a variety of Olympic-type sports for children and adults with intellectual disabilities.” In 1968, the first International Special Olympics Summer Games were held at Chicago’s Soldier Field.

“I’m so blessed because these are strong programs that are still going and they’re going strong,” Carbajal says. “Here I am seven years later, and I love it.”

Special Olympics Southern California works with more than 35,000 athletes with intellectual disabilities (700 of them in Santa Barbara County) and 15,000 coaches and volunteers throughout their footprint (380 in Santa Barbara County). Its events have been cancelled for the past two years, but under normal conditions, the organization hosts more than 231 competitions (seven of them in Santa Barbara County) a year. The majority of athletes have underlying health conditions so Special Olympics has invested significantly in virtual training that combines phone calls, Zoom sessions, and regular correspondence to keep athletes engaged. Carbajal says the period has been challenging for the athletes, but she credits the work of volunteers and the athletes themselves in ensuring they stay mentally resilient.

Carbajal says the highlight of her experience with the organization has been the athletes and their infectious ability to be cheerful in the face of adversity. She tells the story of a young man named Ryan, a soccer and basketball player with an intellectual disability and a slight waling impairment. Ryan is admired by his teammates and his coaches commend him for his sportsmanship and leadership.

Carbajal recalls running into Ryan at the supermarket in 2020. It was the height of the COVID-19 crisis and all Special Olympics competitions had been cancelled due to COVID. She greeted Ryan from afar and behind his masked face, she could tell from his shining eyes that he was smiling. Ryan later told Carbajal he loved to come to the market, because that was where he could see friends, coaches, or anyone else he might know until competitions resume.

Carbajal gets teary eyed as she speaks. “I love that our name is Special Olympics because our athletes are special,” she says. “They really, really, really are.”

The mission of Special Olympics Southern California is to provide year-round sports training and athletic competition in a variety of Olympic-type sports for children and adults with intellectual disabilities, giving them continuing opportunities to develop physical fitness, demonstrate courage, experience joy and participate in a sharing of gifts, skills and friendship with their families, other Special Olympics athletes and the community.

A Message for Donors