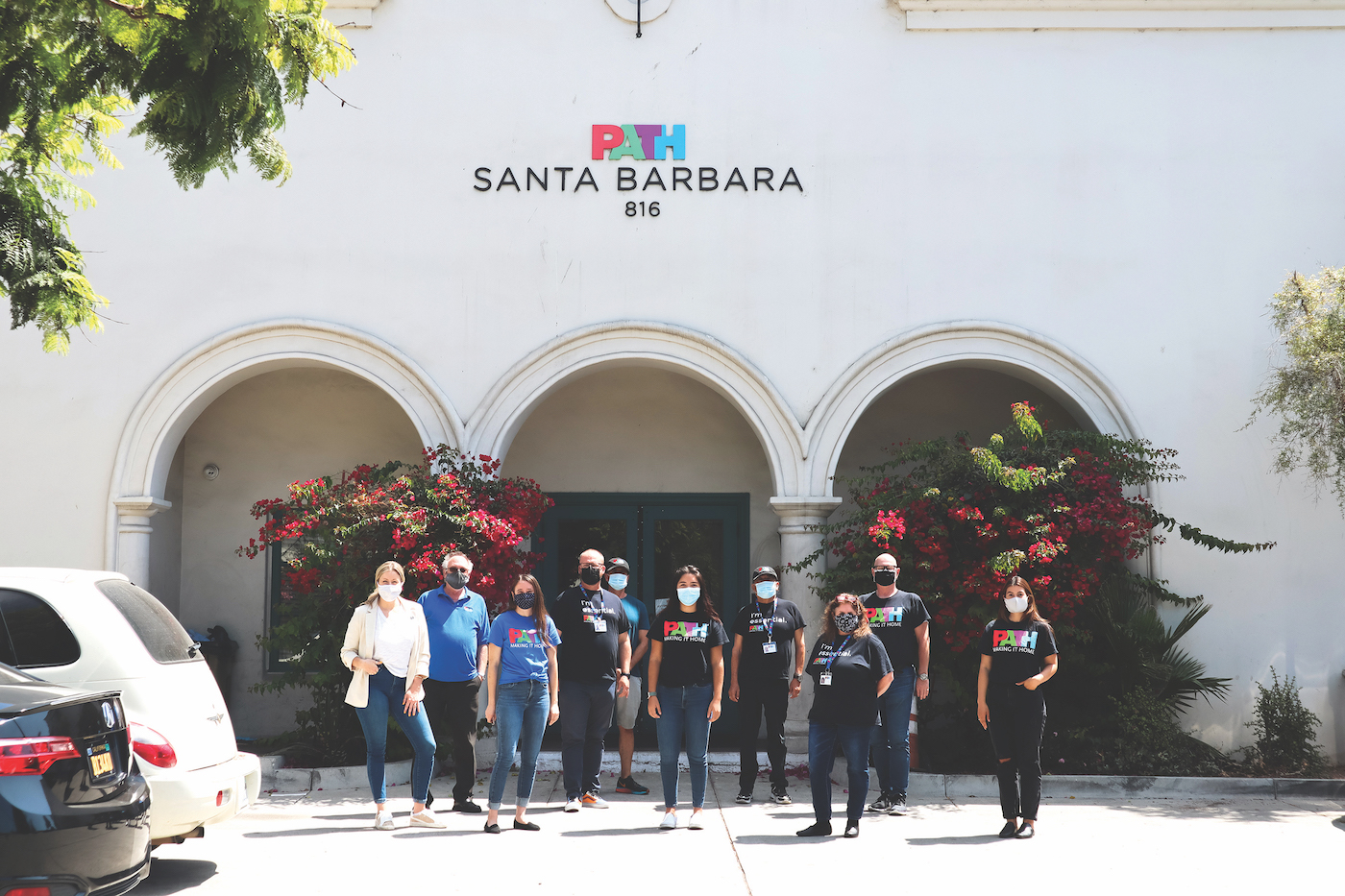 It’s the middle of August in 2021 and the number of people experiencing homelessness across Santa Barbara County has reached 2,195. Only two years earlier, there were nearly 400 fewer people without shelter.

And yet Tessa Madden Storms, PATH Santa Barbara’s regional director, remains as optimistic as ever. If Madden Storms has learned anything in her 10 years with the California-wide nonprofit, it’s that getting discouraged won’t help PATH reach its goal to end homelessness in the state.

“You have to keep people moving and motivated towards the good that they can do,” she says. “What we all see on a regular basis with homelessness is so bleak. You have to look forward to those successes.”

And plenty of successes does PATH have. PATH, which stands for People Assisting The Homeless, has housed nearly 12,000 people since 2013, and served nearly 20 percent of the state’s homeless population. An incredible feat.

While PATH operates in 150 cities, its hallmark, Madden Storms says, is its individualized approach. Moving people off the streets is merely a starting point on a long path to finding them permanent homes.

“We work really hard to understand where each person we serve is coming from, what caused the episode of homelessness they’re experiencing, what resources are available to them, and strategically connect each individual with the services they need,” she says.

In Santa Barbara, PATH launched the county’s first scattered-site permanent supportive housing program to place 25 of the community’s highest-need individuals in permanent apartments. This program provides long-term financial support and wrap-around case management services to promote stability. It’s part of a multifaceted approach centered on meeting each member of the vastly diverse homeless community where they are.

“The journey is not as linear as it may seem,” Madden Storms says. “What sets PATH apart is we understand that.”

Our mission is to end homelessness for individuals, families, and communities. PATH envisions a world where every person has a home. Our values include creative collaborations, strategic leadership, empowerment for all, and passionate commitment.

PATH relies on the generosity of food donations and volunteer kitchen support to make three nourishing meals each day for residents. Being well nourished and cared for can be the first step on a person’s journey to healing and home.

Help PATH Do What It Does Best

Responding to Santa Barbara’s homeless crisis requires a robust fundraising operation. For 2022 alone, the overall goal is to raise $700,000.

A portion of this comes from PATH’s annual event in June, A Toast to Home, in partnership with Sunstone Winery. PATH’s annual holiday campaign, which launched in November, also aims to raise much-needed funding.

Individual donations will help PATH strengthen its services like its food rescue program and invest in improving its interim housing facility in Santa Barbara, which provides shelter and case management for up to 100 people. PATH recently completed the first phase of a three-part renovation to the facility. A second phase will overhaul the bathrooms to ensure the site becomes, as CEO Jennifer Hark Dietz puts it, “a trauma-informed space.”

“By donating, you are part of the solution to ending the crisis of our time,” Dietz says. “By giving, you are helping someone make it home.”