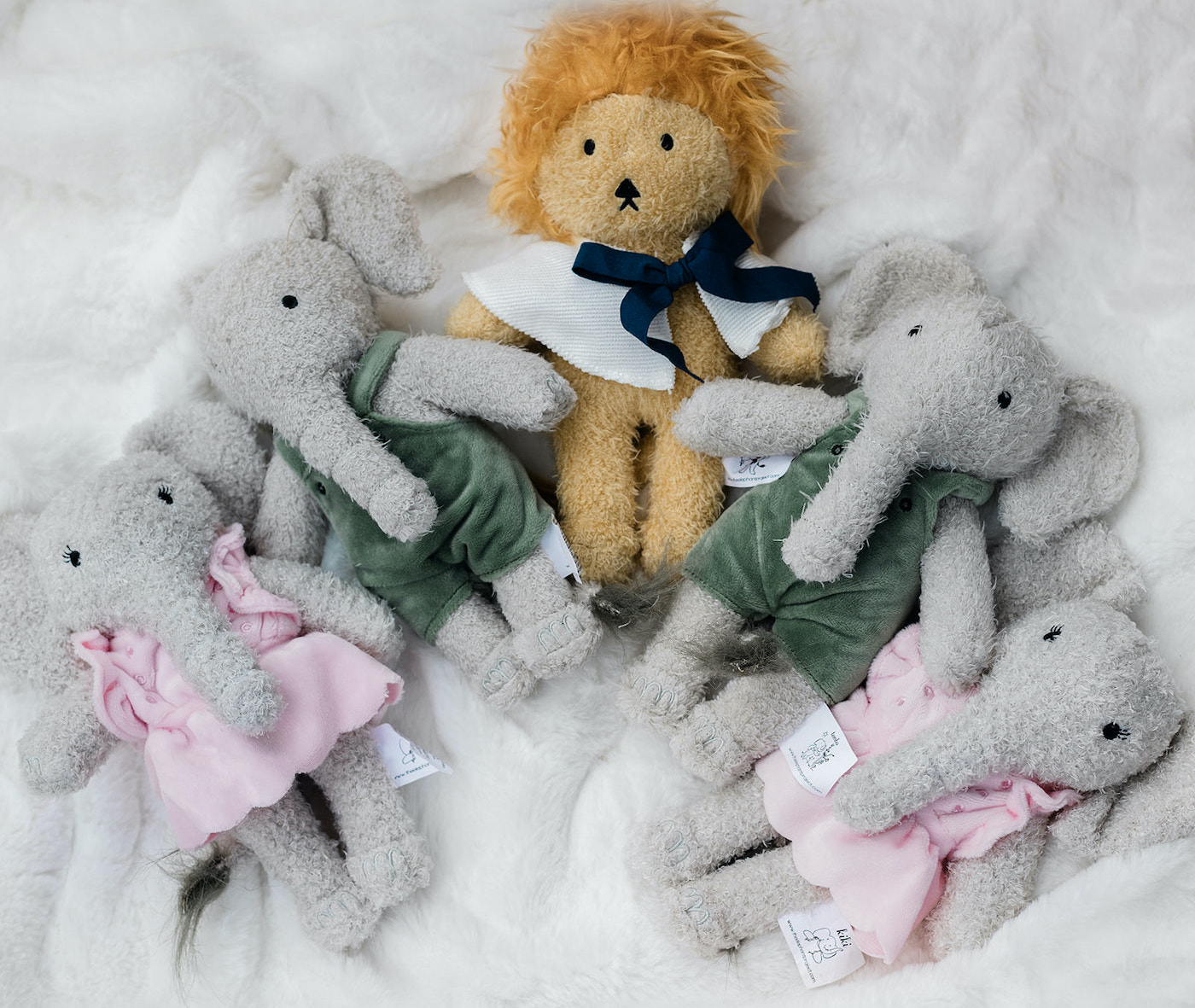 The Elephant Project, a California-based organization that’s helped save over 300 elephants worldwide and educated children about the threats to these majestic creatures, is introducing a new limited edition addition to its charitable gift lineup this Holiday Season: Oba, an 8-inch stuffed lion doll made out of soft tan fabric and a white jacket.

Founded in 2017 by Kristina McKean, The Elephant Project sells animal-themed merchandise for a good cause – donating 100% of its net proceeds to helping save animals worldwide and educating children and their parents about the threats these creatures face. With the help of its partners, which include Sheldrick Wildlife Trust, Elephant Nature Park and Elephant Cooperation, The Elephant Project has helped rescue and protect over 300 elephants and educated thousands of children and parents across the globe about the dangers these animals face.

In addition to environmental threats ranging from deforestation to climate change, big cats are also subject to poaching and the illegal wildlife trade – especially for pelts or captive entertainment purposes. One simple thing we can all do to help address this issue, Ms. McKean added, is avoid taking photos with big cats in captivity who are often drugged to make them docile – a practice that has become more scrutinized in the United States since the release of Netflix’s hit show “Tiger King.”

Every dollar from Oba’s sales will go to organizations around the world that protect and rescue big cats from the dangers of trophy hunting and loss of wildlife habitat, including Animal Defenders International.

The Elephant Project began in 2001 when Ms. McKean first witnessed the casual abuse of a baby elephant while on her honeymoon in Thailand. She was determined to make a difference and to educate the next generation about the importance of protecting elephants. She drew on her past expertise in product marketing to create a variety of animal-themed merchandise including Oba and two plush elephant toys, named Kiki and Tembo (Swahili for “new life” and “elephant” respectively), and every dollar made from these sales to organizations that fight poaching and provide care to injured, abused and abandoned animals.

Oba, Kiki and Tembo also help educate children and their parents about the importance of protecting elephants and big cats from environmental factors, abandonment, abuse and the brutal training methods used to prepare them for circuses and other “entertainment” purposes.

About The Elephant Project

Founded in 2017 by Kristina McKean, The Elephant Project is a California-based organization that donates 100% of its net proceeds to helping save elephants worldwide and educating children and their parents about the threats to these majestic creatures. Through its partners, which include Sheldrick Wildlife Trust, Elephant Nature Park and Elephant Cooperation, The Elephant Project has helped rescue and protect over 300 elephants.