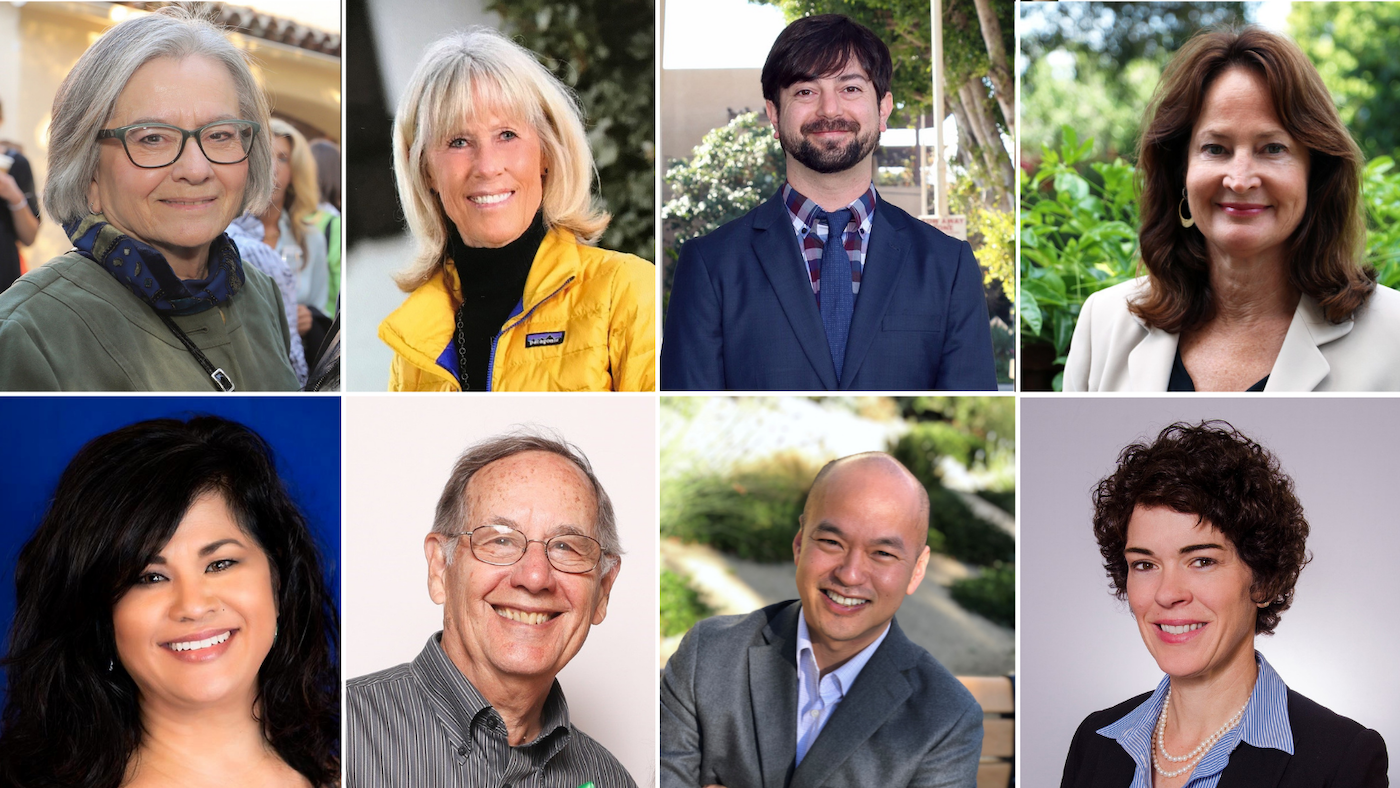 Family Service Agency (FSA) of Santa Barbara County announced that it has voted in a new slate of leadership for its 2022-2023 Board of Directors. Molly Carrillo-Walker and Tricia Price replace out-going Co-Presidents Terri Zuniga and Robin Doell-Sawaske who served an extended term during the pandemic. Linda Sessler and Robert Janeway move forward as Co-Treasurers. Teressa Johnes becomes Secretary. Ed Tran and Rod Durham are serving as Co-Vice Presidents of Programs. Maria McCall assumes the role of Vice President of Development.

“We are thankful for the support of the previous officers and are excited about  welcoming our new officers,” said FSA CEO, Lisa Brabo.  “Their experience and expertise, in combination with the rest of FSA’s board, will effectively guide us as we step forward into the new fiscal year.”

Co-President, Molly Carrillo-Walker, has been an FSA board member since 2014.  She worked for the City of Santa Barbara for 16 years holding several positions, such as, Community Services Supervisor, Management Analyst, and Assistant Parks and Recreation Director.

Co-President, Tricia Price, joined the Board in 2018. She was the Superintendent/Principal of the Cold Spring School District for six years before retiring in 2017. Price was previously a teacher and then Curriculum Coordinator for Carpinteria Unified School District before becoming principal at Aliso and Summerland Schools, and the Carpinteria Family School.

Co-Treasurer, Robert Janeway, has been a board member since 2018. He has spent over fifteen years working in both the private and public health sectors, supporting local healthcare and environmental organizations, and committee service with the City of Santa Barbara. He is currently the Provider Network Operations Contract Manager for San Francisco Health Plan.

Co-Treasurer, Linda Sessler, is a self-employed consultant with over 25 years of experience in administration and contract negotiation for companies such as Hughes/Santa Barbara Research Center, Superconductor Technologies, and the University of California at Santa Barbara. She has been a resident of Goleta for over 30 years.

Secretary, Teressa Johnes, joined the board in 2020. She has worked for local community service organizations since 1998 and held previous positions at First 5 Santa Barbara County and CommUnify. Johnes retired in 2018, and in June resigned after 4 years as the Co-Chair of the California Family Resource Association’s Networks Committee.  Teressa is considered an expert in Family Support and continues to be a champion for children and families locally and at the state level.

Co-VP of Programs, Edward H. Tran, RN, PHN, MSN, has over 20 years of experience in nursing and public health.  Ed has worked in both the private and public healthcare sectors.  He previously served as the Senior Public Health Nurse Operations Director for the Public Health Company (Goleta) where he provided public health consulting services and helped launch an algorithm based dashboard for communicable diseases.   Prior to joining the Public Health Company he served as the Assistant Deputy Director for Community Health at the Santa Barbara County Public Health Department where he provided leadership and oversight of various health programs such as the Maternal Child and Adolescent Health,(MCAH) Women Infant and Children (WIC), Health Education/Promotion, Epidemiology, and Vital Statistics.

Co-VP of Programs, Rod Durham, has been a resident of Santa Barbara for over 50 years and an FSA board member for seven years. Since his retirement from Raytheon/SBRC in 2005, he has served numerous Santa Barbara non-profit agencies. He was a reader for Learning Ally, a classroom volunteer at Monte Vista School, supported Mock Job Interviews for Partners in Education, and was a Mentor for the Hospice of Santa Barbara’s I Have a Friend Program.

Co-Chair of Development, Maria McCall, has served on FSA’s Senior Program Advisory Council since 2017, and has long been associated with senior programming in Santa Barbara. She started her career with the City of Santa Barbara’s Senior Recreation Services, co-founded the Santa Barbara Senior Expo in 1988, and is a member of the Senior Programs of Santa Barbara Committee Advised Fund. McCall is a Vice President at Montecito Bank & Trust and remains active in multiple community and nonprofit organizations, such as the National Disaster Search Dog Foundation, Art Foundation of Santa Barbara, Pearl Chase Society and the Wilding Art Museum.

Our mission is to strengthen and advocate for families and individuals of all ages and diversities, helping to create and preserve a healthy community.

FSA has always found a way to help those in need, expanding the depth of its programs when necessary. It is truly an asset to our community.

Family Service Agency has a long tradition of helping low-income people across Santa Barbara County receive the help they need in times of crisis. It’s a holistic approach that provides the wrap-around care each individual needs in order to become self-reliant, a mission that’s importance has become even more pronounced in the past few years.

But with inflation on the rise, FSA and the Santa Barbara County residents it serves need help.

“Where we are really lacking is having enough flexible funding for basic needs,” Lisa Brabo, FSA’s CEO says. “We’re doing our best to serve as many families as we can, but that’s where we really need help.”