Fired Up for Special Olympics 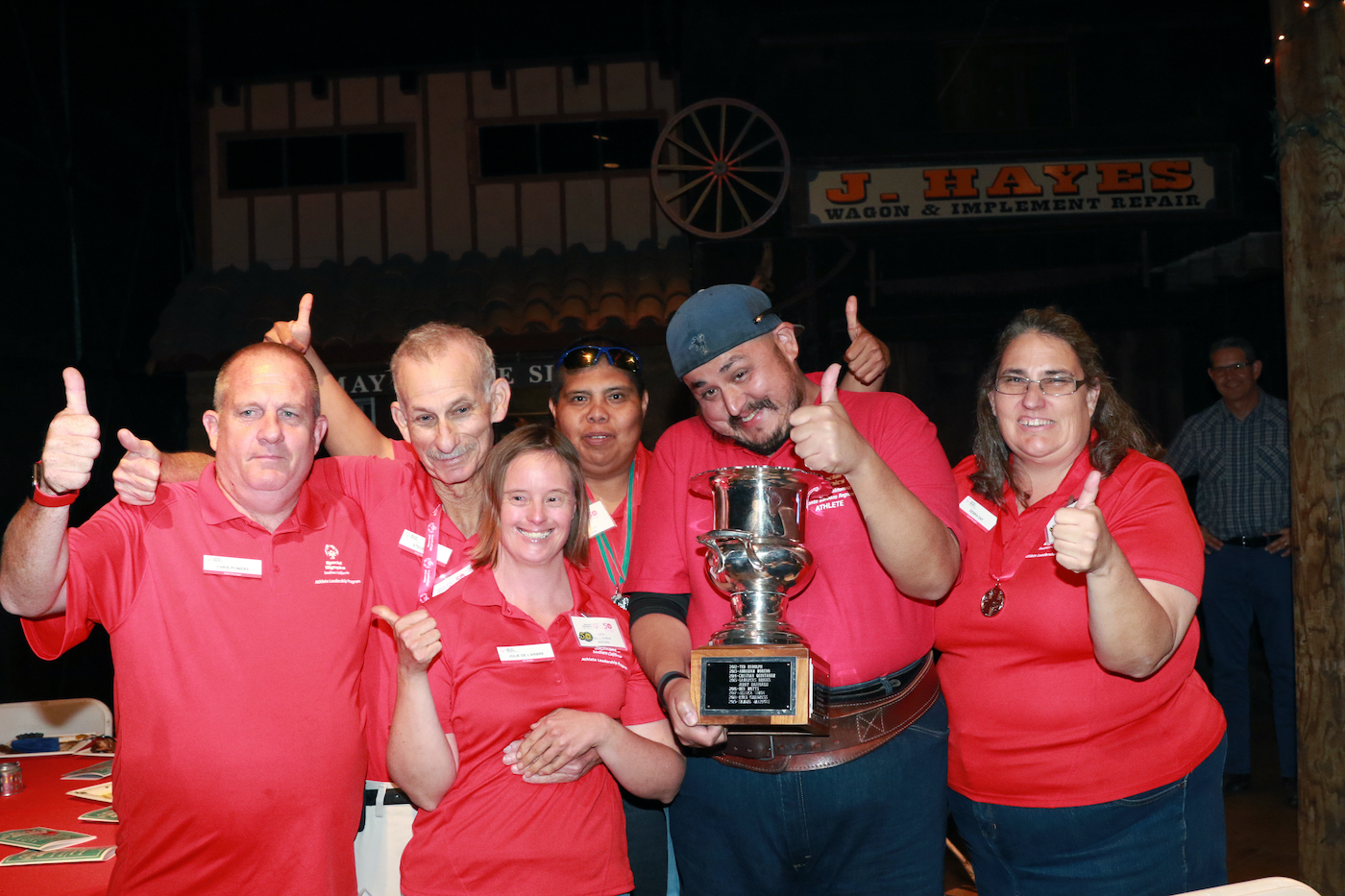 Not surprisingly, Special Olympics of Southern California (SOSC) took a little longer than most organizations to return to in-person activities, as it only ushered in Phase 3 of its sports and programs, a small single step shy of no restrictions, in June. That’s because individuals with intellectual disabilities – the population Special Olympics has served since even before the organization was officially founded by Eunice Kennedy Shriver in 1968 – are among the highest risk group for contracting and being hospitalized or even dying from COVID-19.

“The people we serve are so much more vulnerable, so the pandemic really put a damper on things we could do with our athletes,” explained Gina Carbajal, the Southern California Development Director for the Santa Barbara area. “We were very cautious in how we came back because we wanted to ensure that we weren’t the cause of why an individual would get very ill.”

The Santa Barbara region of Special Olympics Southern California – which stretches from Carpinteria to the Santa Ynez Valley – works with more than 700 athletes with intellectual disabilities and nearly 400 coaches and volunteers in normal times, but everything shut down for more than two years, and some of the larger competitions (those with more than 250 people in total) still haven’t resumed.

“It’s hardest on the athletes, of course, and it has been really difficult for us not to be able to see them on a daily basis and feel the engagement that they have with one another and their teams,” Carbajal said. “When you become part of this organization, whether it’s our athletes, volunteer groups, or individuals, the firefighters, law enforcement, and other communities work with us on fundraising, it really is a special and big family.”

But things have loosened up over the summer, and Carbajal was thrilled last week when a few athletes came into the office for the first time since 2019, and things started to feel normal again. “I got teary-eyed and I’m getting teary-eyed right now just telling you this,” she said, the emotion evident in her voice.

What has her excitement rising is that the overall Special Olympics community will be coming together in person at the Carriage and Western Art Museum next month for the Fired Up for Special Olympics event next month, its seventh annual signature fundraiser and first in almost three years following two virtual events.

“Being in person again with our supporters, our volunteers, and our athletes is just so exciting,” said Carbajal, who serves as fundraiser, community outreach coordinator, and administrator, sharing the office with Chasen Eddow, the Director of Sports & Programs.

Echoing many other organizations as they emerge from the pandemic, the theme of the 2022 Special Olympics event honors first responders, Carbajal said, “Because they were on during that time when so many of us were at home just trying to stay safe. They were working, they were there at the front lines for everything.”

But the relationship between SOSC and city and county firefighters, who are the official hosts of the event, dates back to several years before anybody ever heard of COVID.

In fact, it was firefighters who participated in the local Special Olympics’ first Polar Plunge benefit shortly after Carbajal came onboard, who immediately endorsed her idea of another fundraiser.

“The Polar Plunge was the first event I asked them for help on and they jumped right in,” she said. “They sponsor the event, they help set up everything, they cook the breakfast, and they plunge in the ocean along with everyone else.”

It was in the parking lot at Leadbetter following Carbajal’s first plunge event that she brought up the idea of the Santa Maria-style BBQ at the Carriage Museum.

“They’d just packed up my U-Haul van when I shared the idea, and asked if they’d be up for it,” she recalled. “They said they were in even before I had a name for it.”

The firefighters don’t just show up for fundraisers, but also participate in some of the school games and competitions, inspiring the athletes and even giving out the medals. That’s because working with the individuals with intellectual disabilities is particularly rewarding, Carbajal said. The involved volunteers, coaches, and other supporters realizing that “disability” is a misnomer as the athletes inspire them by focusing on what they actually can do.

That’s the greatest appeal of the Fired Up for Special Olympics event on October 22, which features the Santa Maria-style BBQ rather than a fancy sit-down dinner, and a chance to become part of the community.

“Everyone who comes to this wonderful event that raises awareness as well as funds for Special Olympics realizes what a great program the Special Olympics is for individuals with intellectual disabilities,” Carbajal said.

The organization also has a current need for volunteers, and Carbajal and company are recruiting to replenish the personnel that fell by the wayside during the height of the pandemic.

“We need coaches, we need volunteers to work at events, and for the Fired Up event,” she said. “We’re more than willing to accept anyone who’s interested and wants to help out in some way.”

The help is a two-way street.

“If everyone else had an opportunity to work with these individuals like we do, they would see the world very differently.”

The mission of Special Olympics Southern California is to provide year-round sports training and athletic competition in a variety of Olympic-type sports for children and adults with intellectual disabilities, giving them continuing opportunities to develop physical fitness, demonstrate courage, experience joy and participate in a sharing of gifts, skills and friendship with their families, other Special Olympics athletes and the community.

A Message for Donors