Keeping Its Doors Open for Everyone… No Matter What 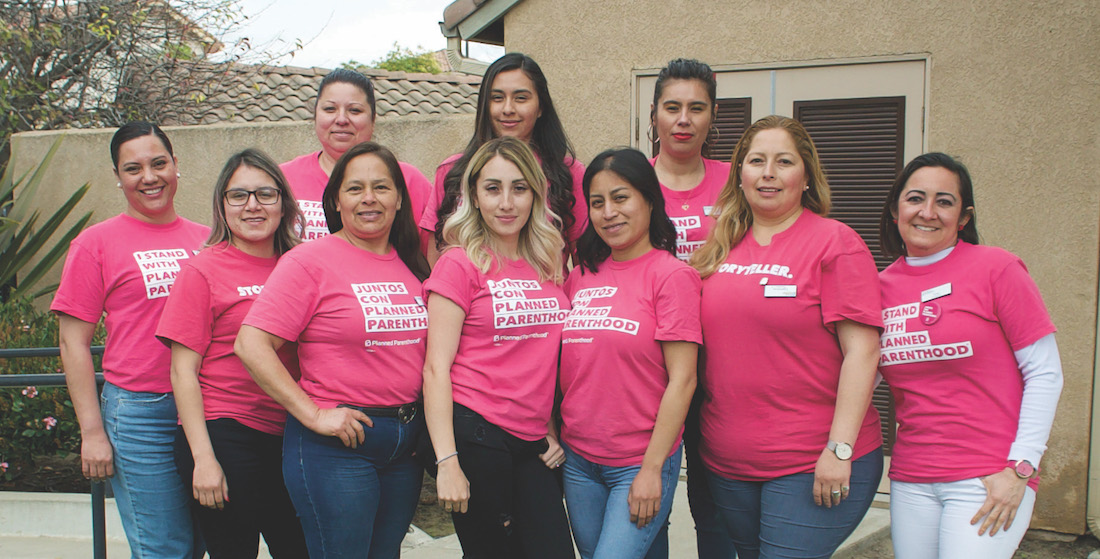 Our bilingual community health educators deliver sex education and information to adults, teens, and families throughout the tri-counties helping them make the healthy decisions necessary to build a strong and healthy future. Above are PPCCC’s educators who lead culturally-relevant prevention education workshops in the community.

Jenna Tosh watched the erosion of reproductive rights in America for years and knew Roe vs. Wade would one day be overturned.

It was still “a gut punch” for the president and CEO of Planned Parenthood California Central Coast when the U.S. Supreme Court ended the constitutional right to abortion in June 2022, leaving states free to outlaw it.

“We knew this day was going to come… and yet actually losing these rights is unprecedented and it’s devastating,” Tosh, who turned to Planned Parenthood for affordable and confidential contraception as a New York high school student, says.

While abortion will remain legal in California, many other states have already lost access to safe and legal abortion. As a result, the Planned Parenthood affiliate – the main if not only abortion provider in Santa Barbara, Ventura, and San Luis Obispo counties – had already seen an increase of 1,000 percent of patients traveling from out of state just weeks after the court decision.

The medical provider’s largest organizational priority is to advance health equity. One of the ways it does that is by providing “culturally and linguistically relevant care” to diverse patient populations. They have trilingual staff, for example, to better serve the large number of Mixtec migrants from Mexico who only speak their native indigenous language.

“We make sure that every person that comes to us finds not only compassion but a real sense of belonging at Planned Parenthood,” Tosh says.

The Central Coast affiliate also takes pride in having kept its doors open during the COVID-19 pandemic, allowing trans and nonbinary individuals on estrogen and testosterone therapies to continue their hormone care without disruption. Many other providers had initially closed their doors.

“We have a mantra that our doors stay open. We say that because we’re often under attack,” Tosh says. “That’s a mantra we’ve truly lived these past few years.”

To improve our communities’ sexual and reproductive health outcomes through health care, education, and advocacy.

My own personal experience with Planned Parenthood is the same as many of my peers. All of our stories start the same and end the same. We went to Planned Parenthood feeling confused, nervous, even a little scared, but we left with knowledge, relief, and empowerment to make the best decisions about our bodies for ourselves. That is the magic of providing a safe space to access information without judgement.

Planned Parenthood California Central Coast is seeking an unprecedented $3.3 million by the end of June to help it face these ongoing historic challenges. The funds would primarily go toward healthcare education, advocacy, and expanding their health services and clinical staff, including an additional physician and nurses for its health centers in Santa Barbara, Ventura, and San Luis Obispo counties.

The funds will enable the Planned Parenthood affiliate to continue to advance health equity in the diverse communities they serve while expanding access to patients traveling to California from other states that have banned abortion.

“Each person should be able to make decisions about their own bodies, health care, and futures without the interference of politicians and judges. That’s the work we do,” says Jenna Tosh, the nonprofit affiliate’s president and CEO. “We give people tools to make decisions for themselves.”