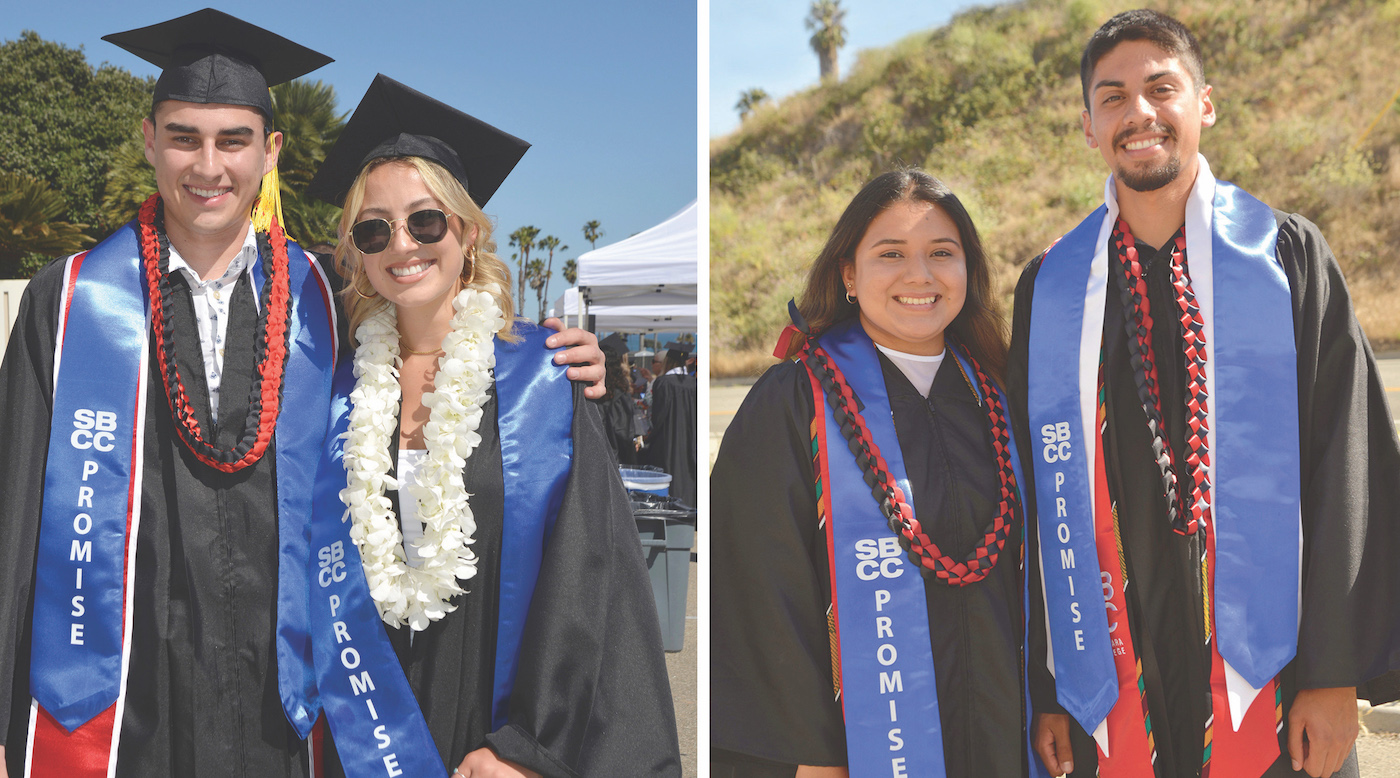 The SBCC Promise offers all recent, local high school graduates the opportunity to attend SBCC full-time at no cost, relying entirely on private donations to cover all required fees, books, and supplies for up to two years. To date, more than 6,000 students have participated.

While serving a 13-year prison sentence, Alberto “Berto” Lule started to draw cartoons as an escape. That led to reading books on art history, and when Berto left prison, he had a burning desire to study art history and pursue a career in the field, but zero means by which to do it.

Whereas the top universities in the country trumpet their devastatingly low acceptance rates every year in U.S. News & World Report, Santa Barbara City College prides itself on the opposite. “We take the top 100 percent of applicants,” boasts CEO Geoff Green. “There are no criteria, other than being a breathing adult who wants to learn. It is truly accessible to everyone.”

Green is not just an advocate for the SBCC Foundation, but also the mission and accomplishments of this typically underappreciated tier of the California higher education system itself. At Santa Barbara City College, beyond focusing on just providing students with a liberal arts education, the curriculum provides students with the opportunity to learn marketable trade skills and access to a course of study that will lead directly to a job.

“Roughly thirty to forty percent of our students are enrolled in career technical programs,” says Green. Those include programs that provide graduates with professional certificates that often qualify them for jobs in the community for which there is a demonstrable need, from alcohol and drug counselor to auto mechanic.

Ironically, even though the community college system may seem like the least expensive path to higher education, because of the way financial aid is dispersed in California, it turns out that it can be the most expensive one to pursue. The financial aid system in the U.S. was built around the four-year university model. “One of the very real side effects of that is that community college students are frequently left out of the system,” says Green.

In Berto Lule’s case, support from the SBCC Foundation turned out to be exactly what made his educational journey possible. Community college seemed to him like the only option, but as a recent parolee, there was no way he could afford it. So Berto enrolled in Transitions, one of the SBCC programs funded by the Foundation that provides guidance and access to college for individuals released from the criminal justice system.

As a student at Santa Barbara City College, he earned all A’s in his art classes, and then landed a prestigious internship with the SBCC Atkinson Gallery, also sponsored by the SBCC Foundation. He graduated from SBCC in 2018, earned his graduate degree in art history at UCLA, and now works as a curator at the Hammer Museum in Los Angeles.