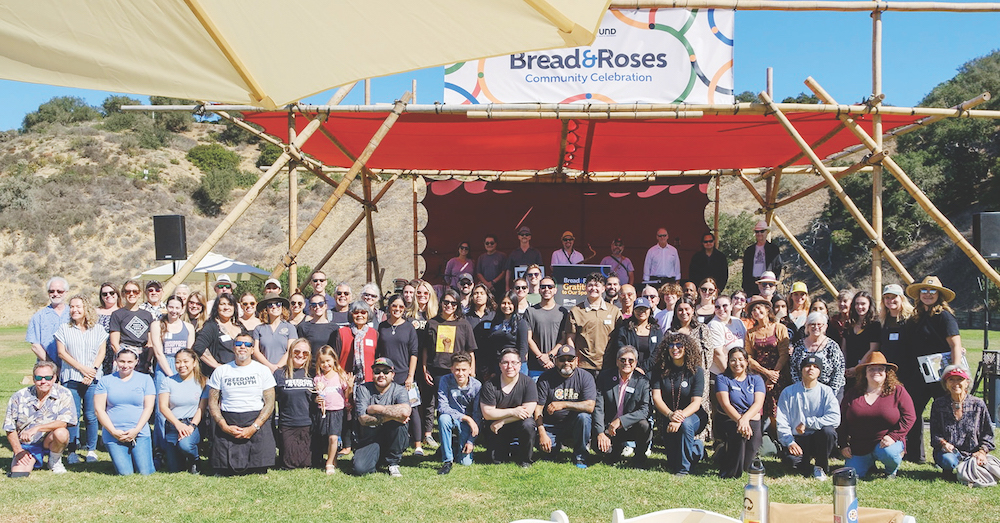 The Fund for Santa Barbara, founded in 1980, has always drawn together diverse communities and organizations with the goal of creating a more just and equitable region.

The organization is its own community foundation focused on “advancing progressive change by strengthening movements for economic, environmental, political, racial, and social Justice.”

Through the long tail of COVID and the racial reckoning sparked by the murder of George Floyd, The FUND has experienced an inspiring burst of mission momentum.

In late 2021, for example, The FUND partnered with UC Santa Barbara’s Blum Center on Poverty, Inequality and Democracy, and USC’s Equity Research Institute to release the first of its kind Central Coast Regional Equity Study, a comprehensive report which provides qualitative markers on inequity in the Central Coast Region, and how we can begin a path forward in collectively addressing these regional inequities.

“We know we live in a very expensive area and what that does to workers in terms of housing access and other issues,” says Alina Rey Keswani, The FUND’s development and communications manager. “Addressing that inequality takes an all-hands-on-deck approach that is not limited to the nonprofit sector.”

It’s a non-traditional approach to giving echoed in The FUND’s motto, “Change, not Charity,” Rey Keswani points out. “We don’t want to just throw money at something. We want to provide funding, tools, and non-monetary support that will actually effect change.”

The FUND’s approach is to support organizations led by local leaders that are united in their search for a solution to the same problem.

“Communities directly experiencing inequity or injustice don’t need people coming in from out of town to tell them what they need,” Rey Keswani says. “We get behind local leaders in the community who are already seeking change and help them to make that change. It must be a constituency lead project.”

The FUND also recently launched its Mickey Flacks Social Housing Fund, which is named after the fund’s benefactor who passed away in 2020. The program provides up to $5,000 in grant money to groups advocating for affordable and fair access to housing in Santa Barbara.

Another major benchmark was met when The FUND launched its Youth Making Change philanthropy program to train teenagers from ages 13 to 19 in the grant-making process. The program is modeled after The FUND’s grantmaking committee and draws from applications to selection boards in both South and North Santa Barbara County.

“We really see ourselves as not the leaders but the people supporting the leaders of the movement,” Rey Keswani says. “What we grant is intentional. Often seed funding that provides support to groups that wouldn’t otherwise have that. It gives us a unique power to bring people together and generate support for social change.”

Being able to bring people together, to help them engage in honest and open dialogue and then – most importantly – to give them the tools to put their intentions into action to make progressive change happen – all of these make The FUND an asset in our community and drive my commitment as a supporter

Be a Part of Local Collective Impact

The FUND raises its own money to support its annual budget; recurring monthly donations expand its ability to support organizations at the forefront of addressing inequity in Santa Barbara County.

Whether it’s providing seed money to community groups that are helping to address the crucial problems of housing inequality and racial justice in Santa Barbara or training the next generation of leaders in this struggle, The FUND is there to help.

Every contribution, no matter how small, makes a difference in this vital effort. To donate, please visit:  fundforsantabarbara.org/donate