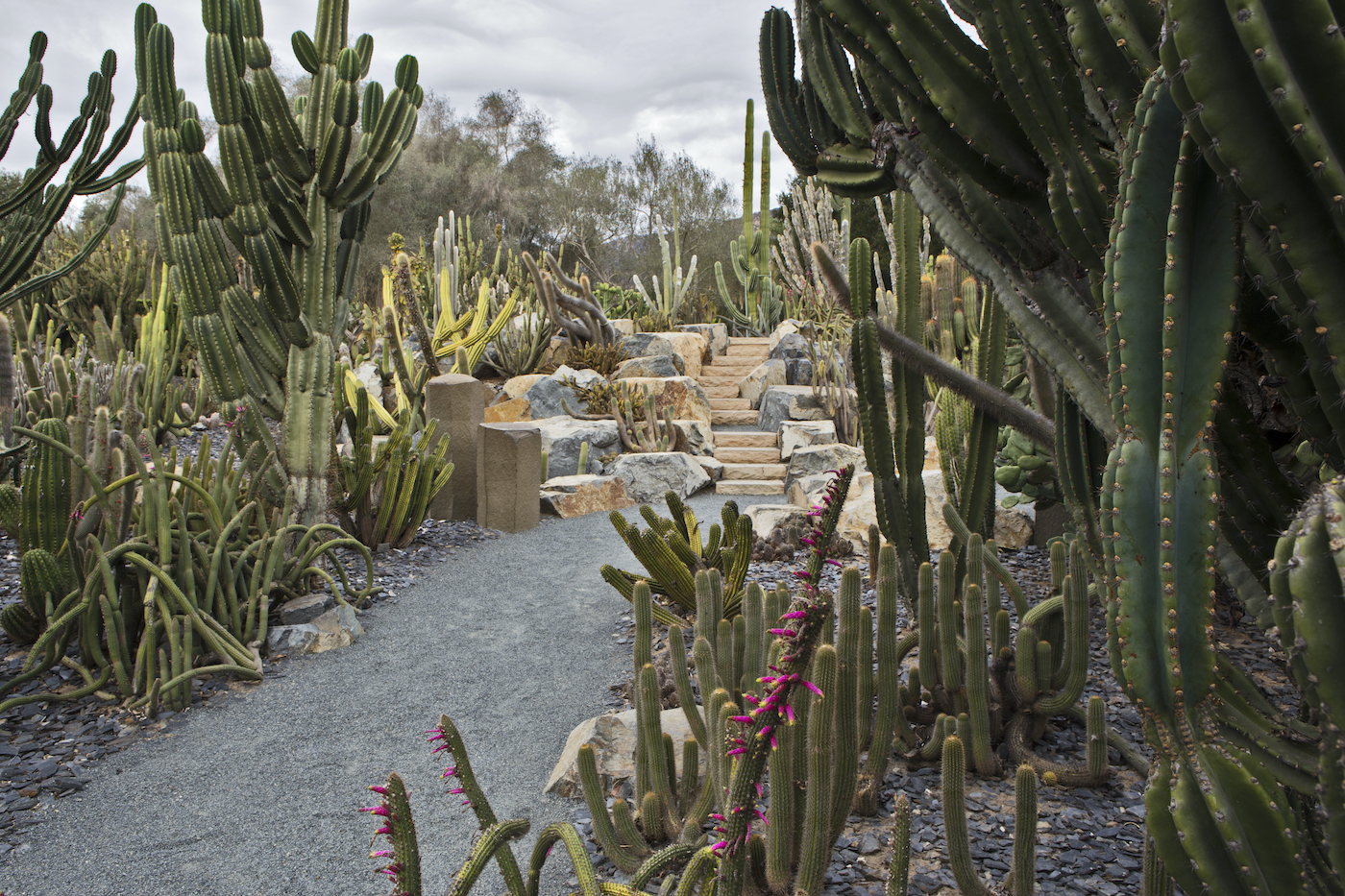 In Montecito, a land of spectacular architecture and pristine gardens, there lies a property like no other: Lotusland.

Set across 37 acres, this sprawling estate turned public garden boasts 3,500 plant species from across the globe, many dating back 140 years, with towering palms and cacti, brilliant water gardens, and some of the most endangered fauna in the world. Then layer in the life of its enigmatic creator, Madame Ganna Walska, and you have a landscape that is a living work of art.

“Part of the magic of Lotusland is the size and the scale of these mature specimen plants,” says Executive Director Rebecca Anderson. “Lotusland is grand and historic. When you enter, you are transported to a magical world where fantasy, whimsey and horticultural genius create a botanical masterpiece.”

In late 2020, USA Today readers voted Lotusland one of the top 10 botanical gardens in the country.

This remarkable garden was made even more so by its founder, Madame Ganna Walska, an Opera singer of intermittent fame, married six times, who purchased the property in 1941. She originally named it Tibetland, in anticipation of the Tibetan monks who were to be invited to study on the estate. When that plan dissolved, she renamed the gardens Lotusland due to the presence and symbolism of this exceptional flowering plant. Before her death in 1984, Madame created her signature masterpiece; converting the swimming pool into a water garden, creating a sanctuary for more than 200 species of Cyads (among the rarest plants on Earth) and erecting 20 themed gardens and filling the estate will sculpture and treasured collections.

It wouldn’t be until 1993 that Walska’s dream of converting Lotusland into a public garden was realized. Given the estate’s location, in the heart of residential Montecito, it took nine years and 64 Santa Barbara County Board of Supervisors meetings to approve the nonprofit garden for public visitation. With that approval came severe restrictions on visitation: today, just 15,000 guests may visit per year as well as 5,000 school children.

“We want to discredit the myth that we are exclusive by design,” Anderson says, “Despite its appearance, Lotusland is not affluent. We struggle every year to raise the funds necessary to preserve and share Ganna Walska’s vision.”

Anderson points out that maintaining a 37-acre garden and property is a massive commitment that requires our community’s attention. “For the first 27 years of our operations, we appropriately put the Garden’s care and tending above all. Now, the 100 year old buildings and grounds have begun to show their age and need considerable investment.”

Her charge is to ensure that the entire property is brought up to the level it deserves for the education and enjoyment of the next generation. Lotusland is more than a beautiful place – it is a porthole to history, an important link in global plant preservation, a center for learning and a refuge for unparalleled spiritual elevation.

“People crave the respite and reset brought by immersing in nature,” Anderson says. “Lotusland is an oasis that is healing to body and soul. Its benefits are palpable and its important plant collections are unparalleled. Visit Lotusland and be transported by a botanical nirvana that is tranquil, verdant and lush.”