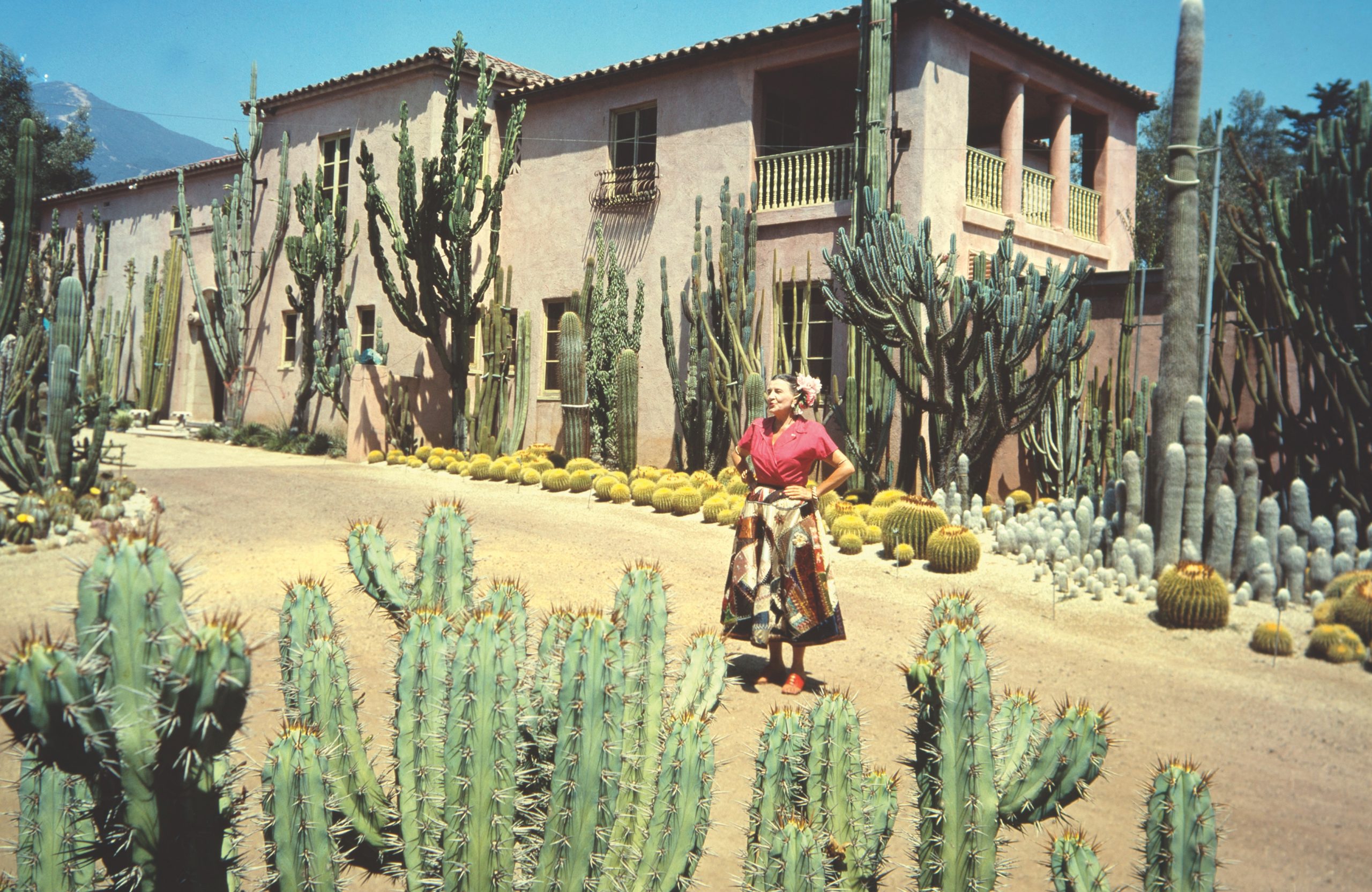 Polish opera singer and socialite Madame Ganna Walska led a life that was as colorful and flamboyant as the 3,500 species of plants that occupy her 37-acre botanic garden, known as Lotusland. This independent woman lavished all her energy and resources — even selling her dazzling jewelry collection – to help fund the garden she loved and helped to create.

Madame Walska’s life and gardens are so spectacular, one might easily overlook the historical and architecturally significant buildings on the property. The Main House, a Mediterranean-style mansion, was designed by Pasadena architect Reginald Johnson, whose other noteworthy local buildings include the Biltmore Hotel, the Music Academy of the West (Miraflores), the Huguette Clark estate, and Santa Barbara’s Downtown Post Office. In the 1920s, Montecito architect George Washington Smith was commissioned to add multiple Spanish Colonial Revival flourishes to the property, including enlarging the dining room, adding a garage, separate pavilion,  swimming pool with a small bathhouse, and a large horse stable that Madame later converted into her music studio. “These buildings are full of character and history. Lotusland’s entire estate is truly an architectural gem.” says Executive Director Rebecca Anderson.

Since the garden opened in 1993, most of its restoration projects have been to conserve and enhance the gardens. As Lotusland is charged with preserving the property, its structures, and the collections — both living and non-living, its work must extend to encompass the buildings. Regular repairs maintain the property and the long-range plan requires more substantial funds to restore structures that are more than a century old. The first priority for restoration is the George Washington Smith-designed pavilion. Today it provides a multi-purpose space suitable for exhibitions, non-living collections storage, and a home to special events.

Lotusland is developing a ten-year master plan for its buildings and grounds, and a group of dedicated community members have joined together to spearhead its realization. To learn more and contribute, contact Lotusland at (805) 969-3767. Donations are gratefully received.