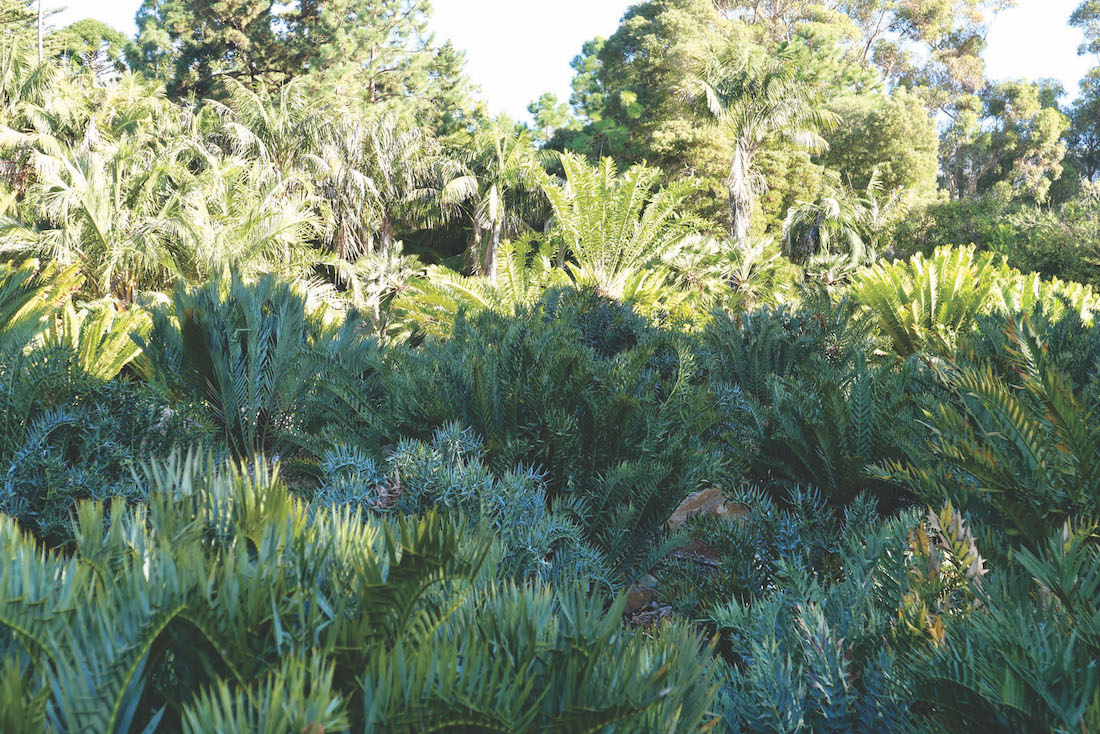 Lotusland is engaged in the critical work of protecting threatened and endangered species of plants from around the world and saving them from extinction. Among those plants are cycads, some of the most threatened plants on the planet. The cycad collection at Lotusland, containing over 450 specimens, is the most important plant collection at Lotusland, and is recognized nationally and is of global importance. Beneath this important collection at Lotusland is a naturally occurring fungus called Armillaria or oak root fungus. This organism colonizes the roots and the base of a variety of trees and shrubs and eventually kills them. When the remediation efforts are complete, Lotusland Curators will be able to be secure in their work to advance scientific methods to ensure the legacy of these species.

Nestled on a 37-acre Montecito estate, Lotusland is a Botanical Garden paradise purchased in 1941 by Madame Ganna Walska, a Polish opera singer, owner of a Parisian theater, and a generous philanthropist, both internationally and locally. Ganna Walska’s dramatic vision and adoration for her garden and devotion to the land makes Lotusland a reliquary of stunning eccentricity. Her desire to obtain rare flora resulted in curating 20 gardens containing 3,400 plants and more than 35,000 specimens. By the early 1970s, Madame Ganna Walska had cultivated one of the most significant Cycad collections in the country, yet today 40% of those treasured species face extinction.

While she passed away in 1984, it took nearly ten years for the garden’s stewards to share her accomplished legacy with the public as she intended. In 1993, the County of Santa Barbara permitted Lotusland to open to the public.

Rebecca Anderson, Executive Director, describes Lotusland as “the most private, public garden anywhere. We are motivated and driven for the purposes of education and enjoyment, in addition to research and conservation.”

A member of the Museums for All initiative, Lotusland supports this access program of the Institute of Museum and Library Services (IMLS), administered by the Association of Children’s Museums (ACM). The program supports those receiving food assistance (CalFresh/SNAP) benefits by offering admission for $3 per person. Museums for All is part of Lotusland’s commitment to seek, include, and welcome all audiences.

“The driver of our strategic goals is to sustain and invest in the garden to ensure it is here for future generations,” Anderson says.

Lotusland has demonstrated painstaking maintenance to preserve the 100-year-old property while implementing sustainability practices. The Garden celebrates 30 years as a public garden by demonstrating and fostering environmental stewardship, launching new programs to promote well-being, and continuing its commitment to educate and inspire.