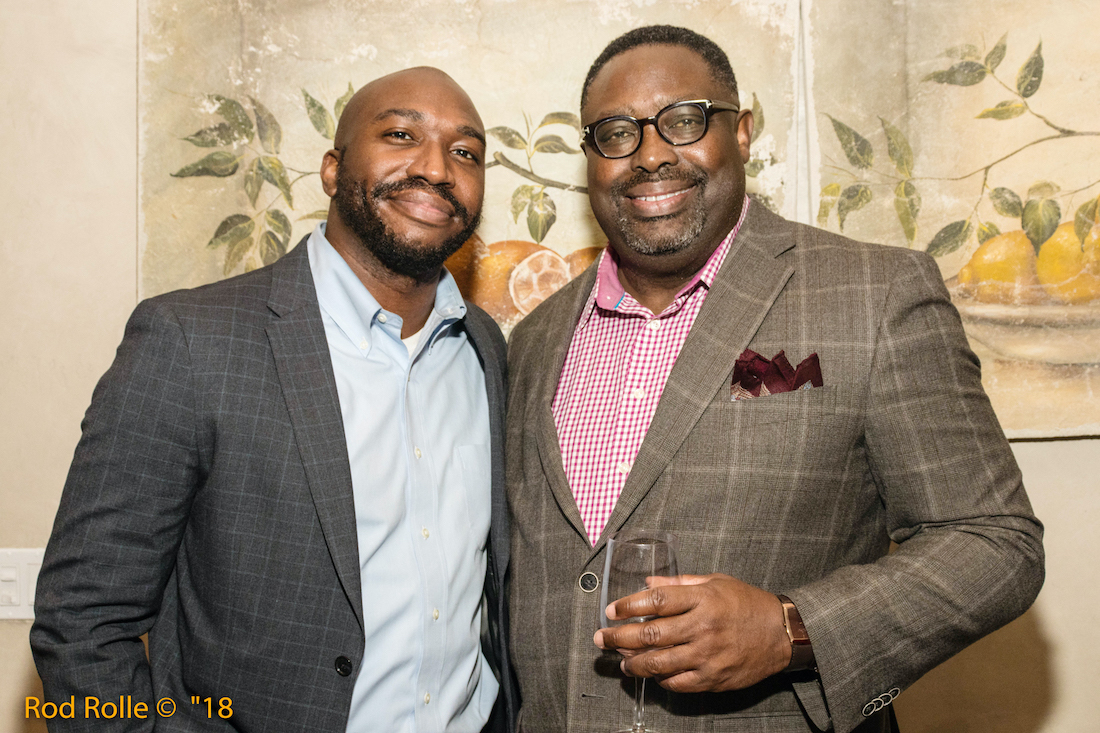 Changing of the Guard – Outgoing board president Guy R. Walker, on the right, and incoming board president Warren B. Ritter have enjoyed a mentor/mentee relationship for several years. Walker says, "I can't think of a more capable person to follow me in the leadership role of this wonderful organization."

In the 36 years since the Endowment for Youth Community (EYC) was founded, Santa Barbara’s Black community has shrunk from 3% of the population to about 1%. During that time, the EYC has tightened its focus to not only uplift the next generation of local Black civic leaders, but also unify the community as a whole.

“Community is a verb and it requires active participation from those who claim to be a part of that community,” says the nonprofit’s President Warren B. Ritter II. “EYC looks to create opportunities and spaces for our community members to be engaged in meaningful ways. Whether through specific cultural events, supporting our youth programs, or by philanthropic means. By being a connector of people, ideas, and resources within the Black community, we then can positively impact the broader Santa Barbara Community which makes us all stronger, together.”

EYC’s mission is to unlock the full potential of young African Americans by providing opportunities that maximize shared community, prosperity, and personal growth goals and objectives.

A key part of that is ensuring that Black students on the Central Coast have every opportunity to excel, including the attainment of a college degree.

Through its EYC Scholars program, the nonprofit provides scholarships and other financial support for graduating high school students to support their post-secondary educational goals including but not limited to colleges (i.e., trade schools or certificated programs).

“We also feel that we have a responsibility to support other African American facing organizations in the community that share our goal of building a vibrant Black community on the Central Coast,” Guy Walker, EYC’s past president, says.

Walker, who recently handed the reins over to Ritter, underscores the need to both invest in Black students while also connecting them to partners across Santa Barbara. Walker points to the Scholarship Foundation of Santa Barbara (SFSB). Any student applying for an EYC Scholarship is also encouraged to apply through SFSB, helping them gain access to other valuable scholarships.

“For me, engagement with EYC is really about visibility and letting people know that we are here to serve and support the youth in our community,” Ritter says.

The ‘Community’ aspect of EYC reflects the organization’s belief that it is both a unique community with its own culture, traditions, issues, and resources while also being a vital part of the broader Santa Barbara County community as well. Through its EYC Presents initiative, it is creating community engagement programs to drive connections and better understand the needs, concerns, and strengths of the African American community.

“One of the goals of EYC is to build a stronger alliance within the Black community countywide. Our service area currently includes both North and South County. EYC recognizes that the Black Community is not a monolith. We embrace the full diaspora of descendants of Africa who have found their way to the Central Coast,” Ritter says.