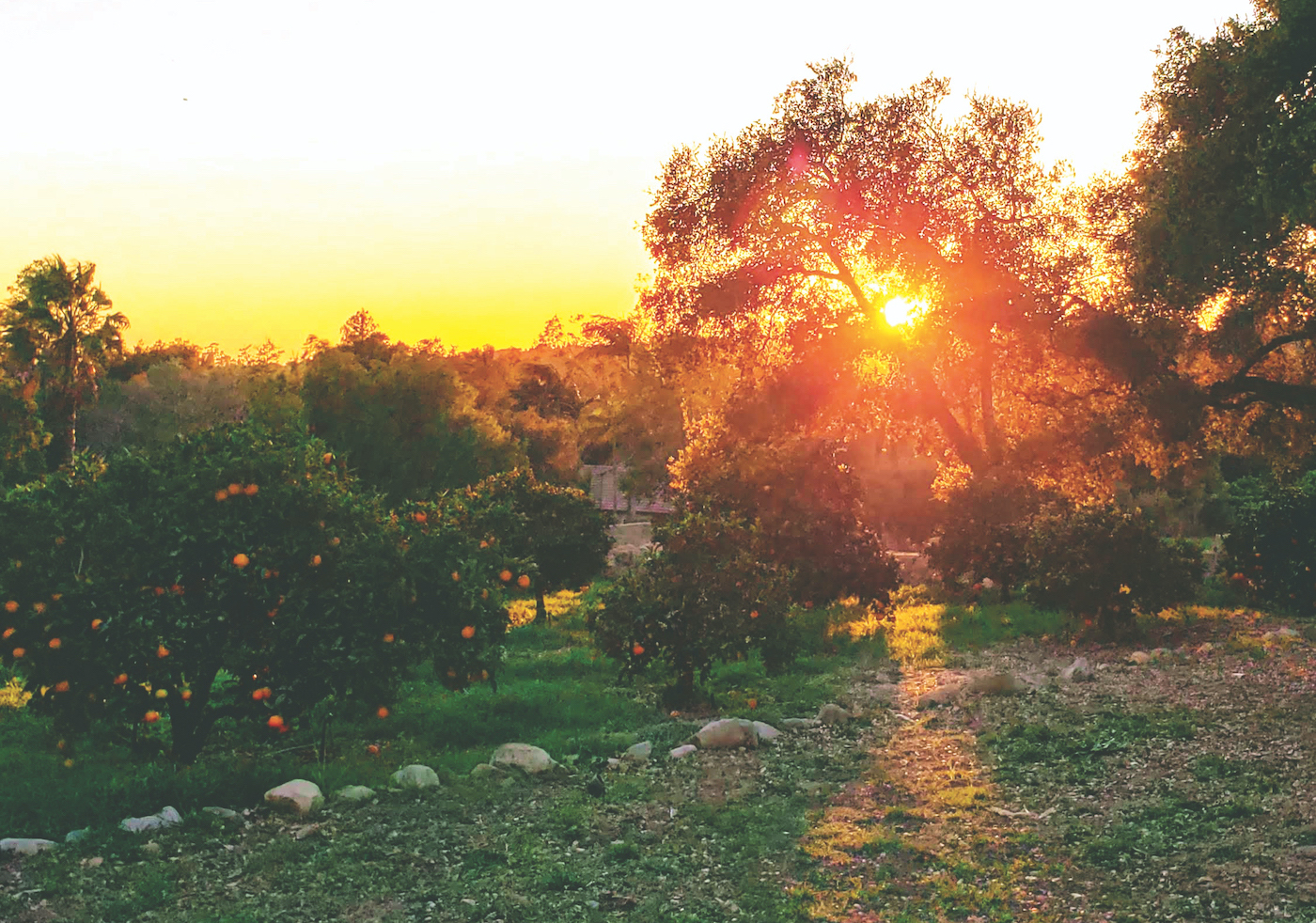 Cindy Faith Swain, Director of La Casa de Maria, has vivid memories of the day a Santa Barbara treasure was all but destroyed. It was January 8, 2018, when the staff and 120 retreatants were mandatorily evacuated from the historic 26-acre property due to anticipated torrential downpours. Since 1973, La Casa de Maria had dutifully served the community as a spiritual retreat center for people of all faiths and backgrounds – there was no reason to believe that this rain would be different than any others before.

“No one had a clue about what was coming the following morning,” Swain remembers. “Our staff had a big rally in the courtyard and then began placing sandbags around our buildings. At one point, one of our groundskeepers said, ‘Do we really think this is going to be enough?’” By noon, we evacuated the property and relocated our guests elsewhere. The next day, mud and debris rushed down the Montecito hillsides and wiped out 14 of the property’s 26 acres. Nine buildings were destroyed.

“It just massacred the land,” Swain says. “We were in complete disbelief, trying to wrap our minds around what we were witnessing. It was so painful.”

Although La Casa de Maria has endured many changes through the years, this time it was different and has left its mark on the land and the community that has stewarded it for nearly 80 years. The Sisters of the Immaculate Heart purchased the location in 1942 and turned it into a novitiate for young women training to join the order as nuns. Years later, the sisters turned the property into a retreat center for Catholic married couples, then La Casa became the interspiritual retreat and conference center we know today that accommodates 10,000 to 12,000 guests each year.

La Casa is now in the midst of another transformation with the restoration and reopening of the retreat center. Unlike other changes in the past, this project will literally involve being built from the ground up. Though over five acres of certified organic vegetables and citrus trees still stand, La Casa lost dozens of ancient oaks and sycamore trees in the mudflow and plans to replant and landscape the 14 destroyed acres and rebuild the square footage lost to the mud. There are also plans to expand the farm-to-table produce to contribute to the homesteading and sustainability of the property.

If all goes to plan, La Casa de Maria hopes to reopen in late 2023. The total rebuild will cost tens of millions of dollars, but the initial target is to raise two-thirds of that amount to get the property back to operational status and welcome people back to the retreat center as soon as possible.

As Swain says, “The vision is in the silver lining as we reinvent the property in a way that is even more beautiful, sustainable, and functional than it was before.”

La Casa’s Mission is to be a sanctuary of peace where all may renew purpose, strengthen community and increase their effectiveness in promoting a culture of peace, social justice, and respect for the earth.

La Casa de Maria Retreat and Conference Center holds a special place in my heart. It is an organization that welcomes people of all spiritual faiths at its cultural center to experience a variety of art classes and health retreats. My family has been a proud supporter of La Casa for more than forty years.

2021 and 2022 are critical years for fundraising. The initial cost estimate to totally rebuild La Casa de Maria is tens of millions of dollars, but the priority is to reopen the retreat and conference center as soon as possible. Our best work at this point is to get us back to operational status – raising money and rebuilding the buildings and infrastructure we lost. With that, our aim is for guests to return to La Casa to retreat, renew purpose, strengthen community, and increase their effectiveness in the world. We are laser-focused on our mission to rebuild with a commitment to mind, body, spirit, and community. La Casa is needed now more than ever before.