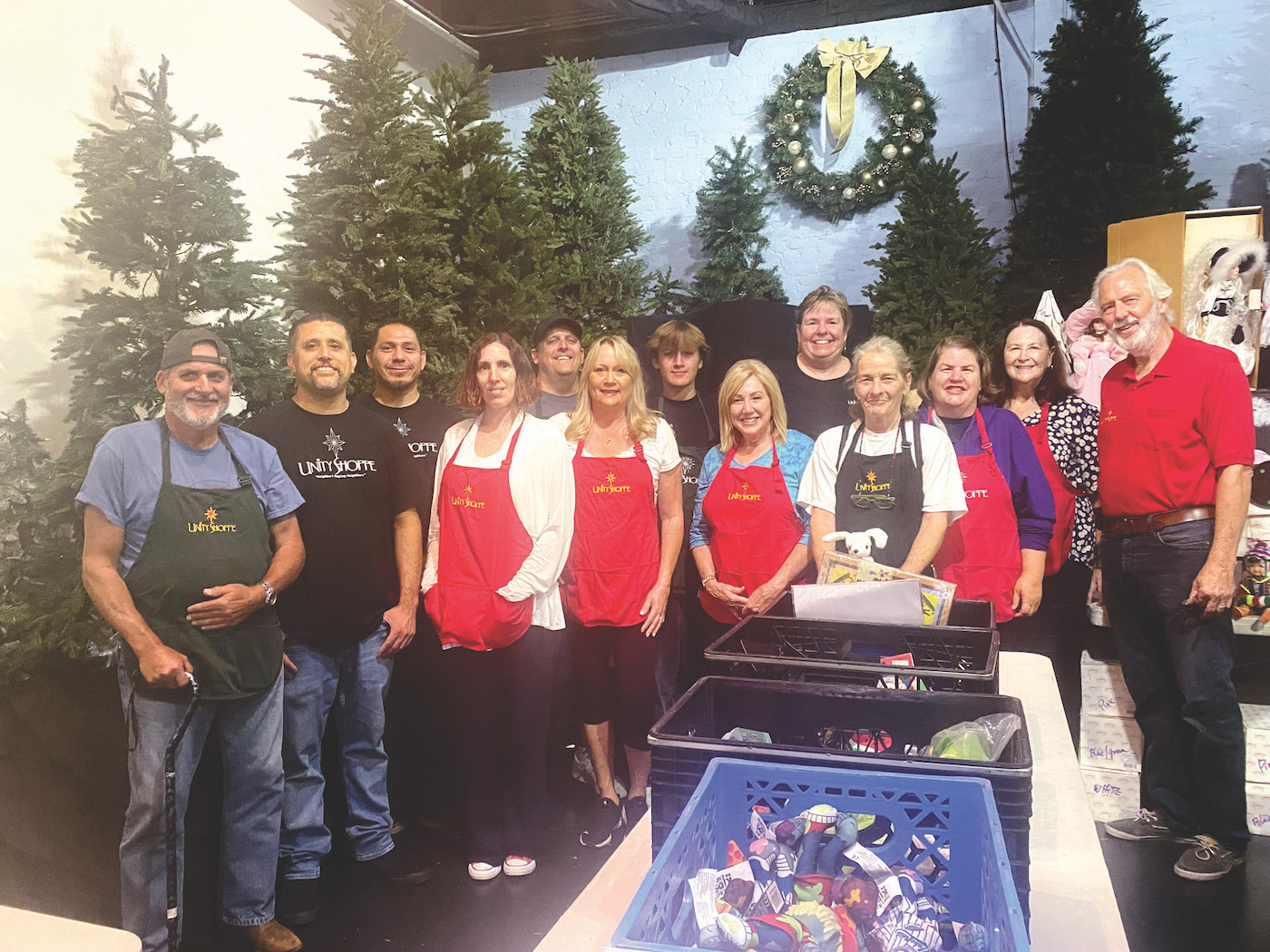 Unity Shoppe offers critical support services for low-income households in Santa Barbara. This year-round resource is completely reliant on the generous support of local individuals, foundations, and businesses to care for financially vulnerable families, children, and senior citizens. Celebrate Unity in Our Community by supporting this vital social safety-net.

Unity Shoppe Executive Director and CEO Angela Miller-Bevan grew up in Santa Barbara and was raised by a single mother in a low-income family. She can’t recall precisely her first encounter with Unity Shoppe, but she remembers clearly the organization was a presence in her childhood. “My mom went to Unity Shoppe and so we just received the benefits of food when she came home,” Miller-Bevan says.

It’s a memory that encapsulates the essence of Unity Shoppe, an organization which for 105 years has provided Santa Barbara residents with groceries, clothing, job training, and toys for the holidays. As a dependable supplier of these essentials, Unity Shoppe reinforces the dignity of the families they serve and encourages their self-sufficiency.

Miller-Bevan was among those beneficiaries. Following a career in advertising with stints at the Santa Barbara News-Press and Noozhawk, she pivoted to the nonprofit world, working at the American Heart Association during the COVID-19 pandemic and then as Executive Director of the Braille Institute in Santa Barbara. Before long, she was tapped to take over for Tom Reed, the venerable Executive Director of Unity Shoppe who is retiring at the end of 2022 after 20 years leading the organization. For an institution as storied and historic as Unity Shoppe, the transition is being managed carefully, with Reed mentoring Miller-Bevan until the end of the year. It’s a process designed to keep Unity Shoppe thriving for another 105 years.

“I’m very passionate about what the mission is now and has been,” Miller-Bevan says. “Moving forward, we will try to reach as many people as we possibly can. Especially with what’s going on in life with high gas and house prices, we need to give everybody a little break.”