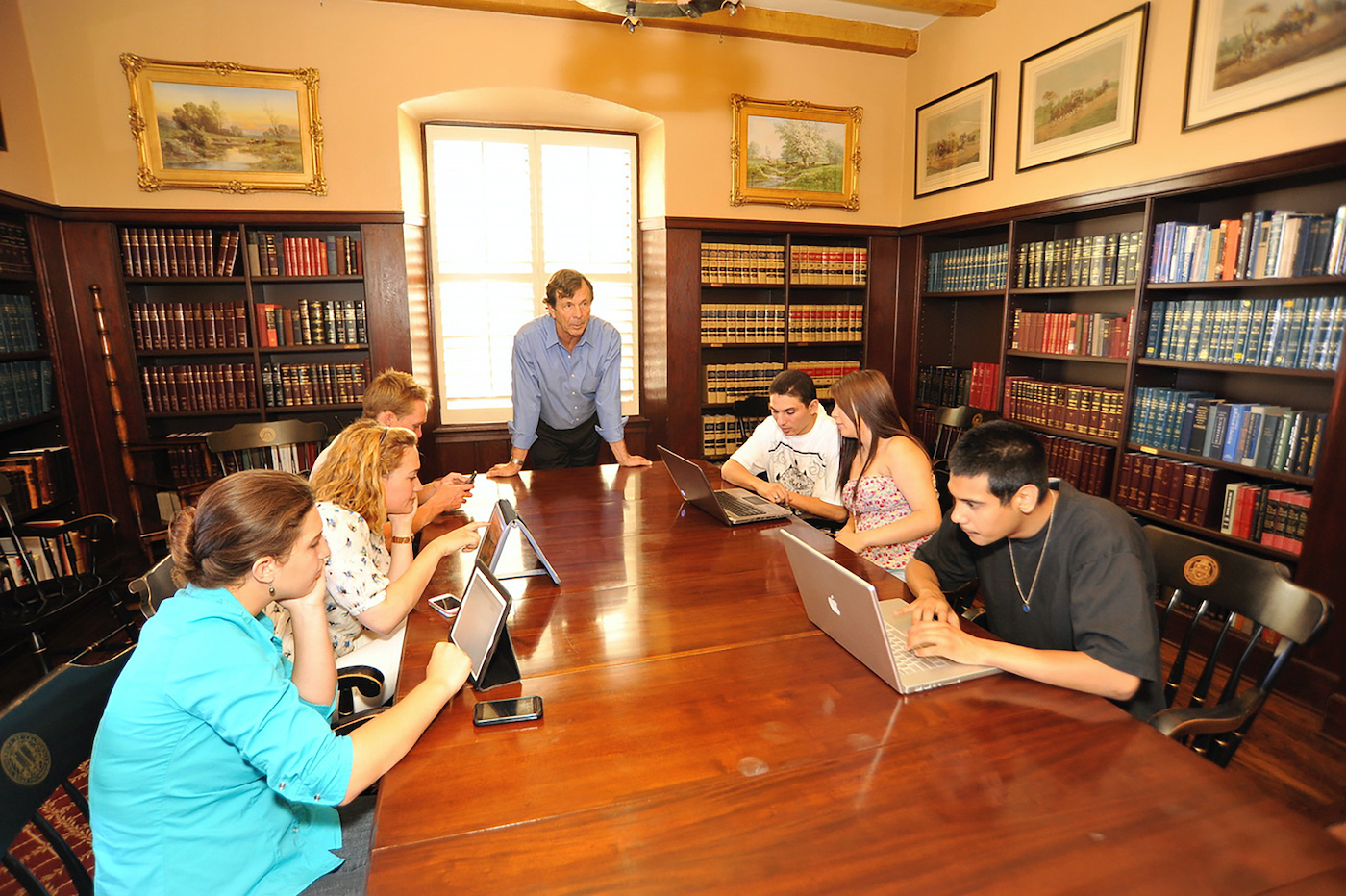 John Daly was in his mid-60s and had already enjoyed a highly successful career as an international event producer who advised his Fortune 100 corporate clients on proper protocols at the Olympics and World Cup and other such events around the world. But his awareness that the overwhelming need for more civility and social skills existed well before people entered the working world piqued more than mere interest.

In 2011, recognizing that our society is based on successful social interactions that generally aren’t taught in public schools, the Montecito resident eschewed retiring to a life of well-earned leisure to instead found The Key Class, a nonprofit organization that mentors at-risk kids and other students in learning important life skills, including social etiquette and job readiness.

Daly designed a curriculum that has grown to encompass other important skills and expanded to address the needs of kids ranging from elementary school to seniors in high school and beyond. But the core courses remain designed around relating with respect for others, having difficult conversations, and creating peaceful conflict resolution.

“Etiquette means a lot more than table manners,” Daly explained. “It’s about how you conduct yourself on a regular day-to-day basis, how you interact with people, whether you show up on time, make eye contact, and show respect for others in everything you do.”

Those might seem like little things, but they can be everything, and the difference between getting hired for a new job, keeping it once you have it, and/or maintaining good relationships with friends, co-workers, family members, and others. Even something as seemingly trivial as being aware of how noises on one end of a phone call can impact the listener on the other end.

Indeed, moments after the sound of a fire truck’s siren became audible when we were talking last week, Daly interrupted himself to apologize for the disturbance and paused until it had gone by. The sense of relief was palpable as it stood in direct contrast to an experience the night before of a friend doing the dishes during a call, unaware that the clatter had turned into an annoying strain on my end.

“There you go, that’s one of those little things,” Daly said when I pointed out what he’d done. “They make a huge difference in the way you come across to people. It’s a big deal.”

Now 11 years in, The Key Class, which is an official 501(c)(3) nonprofit, has taught 9,000 students, mostly within the Santa Barbara Unified School District. The curriculum for the several different modules is customized for each situation, and encompass four classes each lasting 90 minutes to two hours. And unlike some of the other opportunities in town, the classes take place during the regular school day with Daly stepping in for the teacher in everywhere from AP or honors classes to freshman seminars, English class, and even math.

All are offered at no charge to the students or the schools. Which means the Key Class, which gets no government funding, has to raise all of its income through private donations and foundations.

“There are expenses involved,” Daly said. “Designing the classes, creating PowerPoint presentations, creating and printing the booklets. But I’m doing this to give back, not to make money.”

Indeed, Daly said, positive feedback from course participants feeds his soul, such as when teachers share that they can tell when they walk down a hallway if approaching kids have taken his class by whether they say good morning or afternoon as they pass by. Even more rewarding is running into former students who tell him, “Mr. Daly, you really made a big difference in my life. I wouldn’t have the job that I have right now if it wasn’t for you, because I wouldn’t have known how to interview.”

Meanwhile, there’s plenty of room for growth beyond the already impressive 1,000 students per year, even as The Key Class remains a largely solo operation run by Daly, who also prepares all the materials and teaches all the courses.

“I had some help pre-COVID when it was a bit busier, but the pandemic knocked everything down,” he said. “It’s almost back to what it was, but if I had my druthers, I would be working five days a week teaching two or three classes a day, and maybe have another person teaching too because we’d be so busy that it became necessary.”

Perhaps the need for The Key Class is even higher now that kids have returned to the classrooms after many months in isolation and online.

“People in general have gotten so attached to their devices that they have forgotten how to talk to each other,” Daly said. “People really don’t know how to carry out a conversation in person rather than by texting. But you have to be able to interact with people.”

So both the desire for donations of any size and an invitation for teachers to contact him to arrange The Key Class for their students remain open. “All I have to do is be notified,” he said.