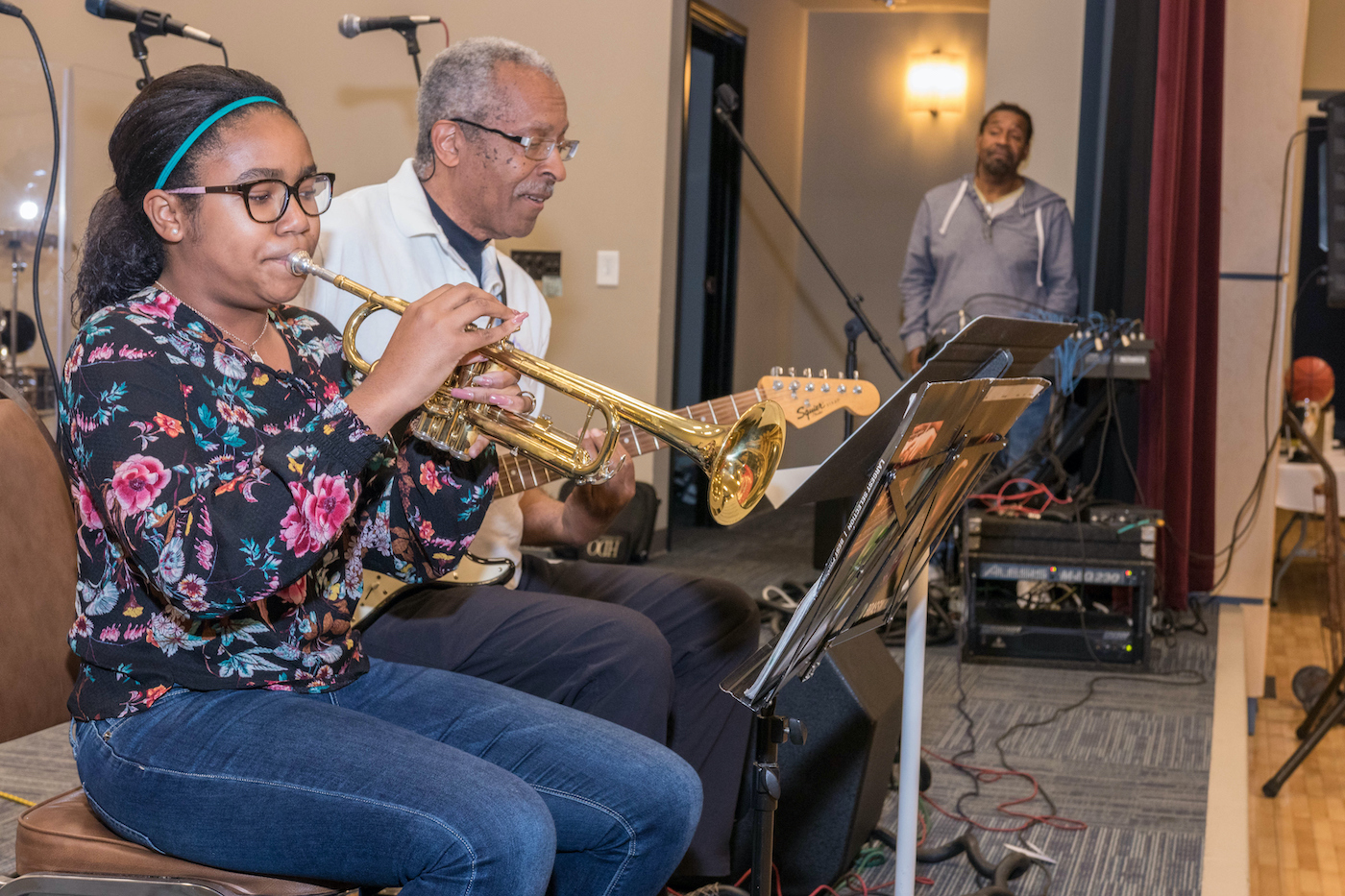 The Endowment for Youth Committee is one of the oldest nonprofits serving the needs of African American students and the greater Black community on the Central Coast, with a history that dates back 35 years. But before Guy R. Walker stepped in as executive director in 2015, the EYC had struggled to continue as a viable nonprofit with a previous talent drain on the board requiring an experienced leader to mount the resurrection.

Walker, founder, and president of Wealth Management Strategies, a boutique financial advisory firm based in Santa Ynez, more than fit the bill. Not only had he benefitted from even broader assistance from a similar organization that enabled him to attend the Dunn School, the elite private boarding school in Los Olivos, but he also had a drive to pass along his skills to the next generation, particularly in an area where the African American population is just a tiny fraction compared to the percentage in the Los Angeles suburb of Compton where he came from.

“Surprisingly, there are fewer African American families in Santa Barbara now than there were 30 years ago,” Walker said. “It was closer to three percent when EYC started, but today it’s just a little bit above one percent.”

That decline is partly why EYC had been slowly fading.

So, Walker and his new community leader colleagues on the nonprofit’s board took the reins with a mandate to reconstitute the program for current times.

“It’s what I describe as EYC 2.0,” Walker said. “In the past the committee was much more of a direct-service, hands-on organization, but now it’s less hands-on and more advocacy, more partnerships, listening to families and students in terms of what their challenges are and how we can support them or direct them where they can get what they need.”

Sure, the main thrust of EYC still falls under the “E” in the nonprofit’s name: endowing young African American students from sixth grade through college who demonstrate the intellectual aptitude, personal resilience, and social responsibility for success and want help in maximizing their personal potential. The financial support totaled some $65,000 this year, and the 23 students who have received financial support from EYC this academic year will be recognized in a virtual presentation on June 30 that will be open to the public via Zoom — the first planned annual celebration that Walker sees as an effort to connect EYC with the larger community.

Among those speaking will be Walker to introduce EYC and its mission, as well LaDonte King, the chair of the Student Success Committee, an academic consultant and former assistant director for government affairs at UCSB; and Dr. Christopher Johnson, the chair of the scholarship committee who is SBCC’s Associate Dean of Educational Programs.

“The intent is to recognize all of the students and their families on the call,” Walker said.

But from Walker’s perspective, giving back and making a difference means a lot more than just handing out dollars to underprivileged youth.

“The money piece is always easier to talk about in terms of impact, but if you just throw money at kids, that’s not going to help enough,” he said. “It’s also about how do you navigate? How do you find what your passion is? It’s not life success if you are just hanging out in the corporate building without understanding the structure and the people. So, we want to talk about how you get comfortable living in a community of people who do not look like you and do not seem to respond. How do you become a part of the community?”

Walker points to himself as an example, having lived in a number of communities where he has been “in or out of the (majority) number.” He’s proud to note that he and his wife became a strong part of the community in Santa Barbara County, and raised two children in Santa Ynez.

“They’re out in the world working and enjoying life. But the question is, who is showing other young people how to do that? In this community, it’s the Endowment for Youth.”

So, among the other aspects of EYC 2.0 is EYC Presents, an outreach effort that basically brought Walker full circle, as the guest for the premiere last month was Kalyan Balaven, the incoming Head of School at Dunn, who talked about inclusion fits into Dunn’s mission to deliver whole student education, and ensure that every child feels seen, heard, and valued. The conversation with James Joyce III, founder of Coffee With a Black Guy, also addressed how an inclusion model can help to build more resilient communities, a mission close to Walker’s heart. (The recording is available for on-demand viewing on Dunn’s YouTube channel.)

“The purpose of that platform is to make sure that when an executive level African Americans moves to town to take a position here in the county that they are properly introduced to Santa Barbara. We want to help them learn who are the players they need to know, where they go to get stuff done,” Walker explained. “It goes both ways. We want the community to get to know them, too. EYC Presents wants to take that on.”

Which is why the event took place at the Lobero Theatre as perhaps the first publicly attended program in more than a year.

“The target audience was decision makers in the education space, the business space, the political space, the social justice space, and nonprofit space,” Walker said. “Who also actually ended up showing up were people from all over the country who got a chance to meet and see Kal, who is a leader in education and the concept of inclusion. Since that Zoom event, there are already collaborations that are being formed between Dunn School, Kal Balaven, Santa Barbara Unified School District, Santa Barbara Middle School, and on and on.

“I’m proud to say that Endowment for Youth is how the community gets to know this guy. That’s a piece of doing our part to contribute in developing more leaders.”

EYC is staking out a position to supplement its original purpose of providing financial support to African American students that encompasses much more of the Black experience in Santa Barbara and ways to ensure success.

“We’re interested in providing community engagement as it pertains to issues that impact African Americans locally and nationally, and EYC is also a resource for understanding opportunities and uplifting for African American students addressing real-life objectives,” Walked said. “That’s how we do our part to support the larger Santa Barbara community.” •MJ