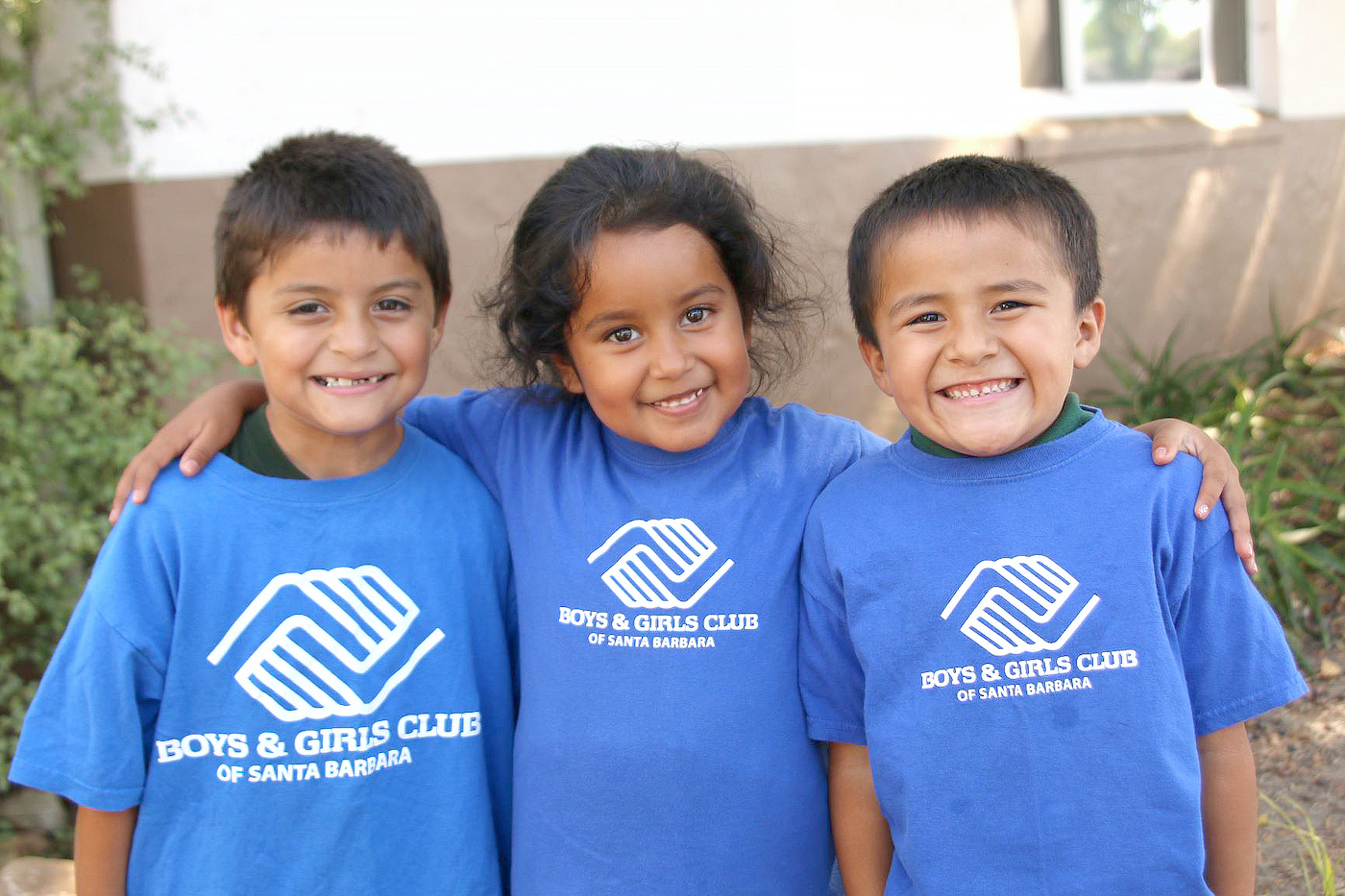 It was just about a month into the pandemic when the United Boys & Girls Clubs of Santa Barbara (UBGC) fully united, as the downtown club agreed to merge and fully centralize the 83-year-old organization. That might seem like a strange time to be making structural changes, as the merger was completed in April 2020, right after the shutdown had forced the clubs to drastically downsize, at least temporarily.

“We went from a team of 100 down to 10, which was really hard,” recalled Laurie Leis, UBGC’s Executive VP of Advancement. “Merging together really helped me because I was running it all by myself. I was the grant writer, fundraiser, security guard, office cleaner. So, I was really grateful to have the support of the club directors, which was heartwarming that I wouldn’t have to keep it going alone.”

But after a few months, the nonprofit also had to adapt to the new reality and step in to fill missing services while the schools closed.

“We were one of the first afterschool programs to open back up last year,” Leis said, noting that UBGC not only also expanded to full-day offerings right after the July 4 weekend, but kept it going past the summer and through most of the school year until this spring, thanks to assistance from United Way.

“Our clubs became childcare for essential workers and first responders who can’t work from home and couldn’t have gone to work without having to leave their kids alone and unsupervised, which is never good. We were one of the first agencies to offer that service, and started doing things like helping the kids with their homework before the vibrant afterschool programs kicked in. It was critical for us to be there for them.”

In truth, though, what the United Boys & Girls Clubs of Santa Barbara offers in normal times could be considered critical, too. That’s because nearly all of the clubs’ members come from the working-class families of Santa Barbara County, all the way from Carpinteria to Lompoc, Leis said. That explains the middle phrase of the organization’s mission: To enable all young people, especially those who need us most, to reach their full potential as productive, caring, and responsible citizens. These days that goal has also expanded to include breaking the cycles of poverty and inequity that were only exacerbated by the pandemic.

Collectively, UBGC serves more than 5,000 youth overall annually through its programs that include offerings in Education (Power Hour with individual tutoring, and College Bound with help on applications, visiting campuses, and more), Health and Life skills (featuring social and emotional learning plus snacks and supper), the Arts (ceramics, painting, theater, choral singing, and the Note for Notes instrument/instruction partnership), and Athletics (basketball, flag football, and soccer).

What’s astounding is that UBGC does all this at a cost of just $40 a year per student member. That used to translate to 19 cents a day, but with the club’s expanded hours and days – it’s now open on Saturdays – it’s more like 13 cents, Leis said.

Even so, stepping up the academics remains a big priority as so many of the clubs’ kids are still recovering from many months of remote learning, Leis said.

“We need quite a few more mentors and tutors – what we call youth development specialists – for our learning enrichment centers. The kids need more support than ever, and we want to have our afterschool program be as strong as possible so that the members can thrive, not just survive,” Leis added.

Those programs all have a lot of impact, as United Boys & Girls Clubs reports that 96% of its members are on target to graduate, 80% regularly attend the clubs, and 66% engage in physical activity at least five days a week.

Easing of restrictions have also allowed the clubs to return to the physical aspect provided by the organized sports and other activities, although staffing back fully remains an issue, she said.

“We don’t have all of our athletic directors,” she said. “But it was important to get going.”

It takes a lot of funds to ramp back up again, and the $40 annual membership fee, of course, is truly just a drop in the bucket of what it costs for UBGC to run the facilities, which is where the bulk of Leis’ job as development director comes in.

“It probably costs a little more like $1,200 a year or more to support these kids.” she said. “We have to make up that difference with fundraising.”

Potential donors can peruse a number of success stories and thank you letters on UBGC’s website and choose from a variety of philanthropic opportunities.

A couple of special events are also coming soon, including the 2021 Social on the Green at Birnam Wood to celebrate the merger, with sponsorship still available for the October 16 gala, plus the fifth annual UBGC Golf Tournament at La Cumbre Country Club on Monday, November 8.

For information on all the programs and giving opportunities, contact Laurie Leis at Leis@UnitedBG.org, or call (805) 681-1315.

The United Boys & Girls Clubs of Santa Barbara County believes that every kid deserves a great future, and provides the stepping stones that put every kid on the path to unlocking their potential.

“Having the word ‘United’ in their name is highly appropriate and deserving of United Boys & Girls Clubs of Santa Barbara County! The 11 clubs located throughout the county are quick to react to issues and support solutions affecting club members and their families.
Uniting is what has always made us stronger. United Boys & Girls Clubs teaches our children that uniting behind strong character, academic success and supporting each other in these goals results in a safe and healthy community.
I am a proud alumni of our local Boys & Girls Clubs!”

Now truly united, the United Boys & Girls Clubs of Santa Barbara are bent on ensuring that every dollar given is spent directly on programs and the young people engaged in them.
To get there, they need your help, and as with their merger have a clear plan. The organization needs to build a $5 million endowment, which the annual earnings would underwrite the entire organizational administrative cost annually so that 100% of any donation made would go directly into program services.
Please reach out to Laurie Leis directly at (805) 681-1315.